"I couldn't think of anyone better for my digital debut than them (Raj and DK)," said Shahid Kapoor in a statement 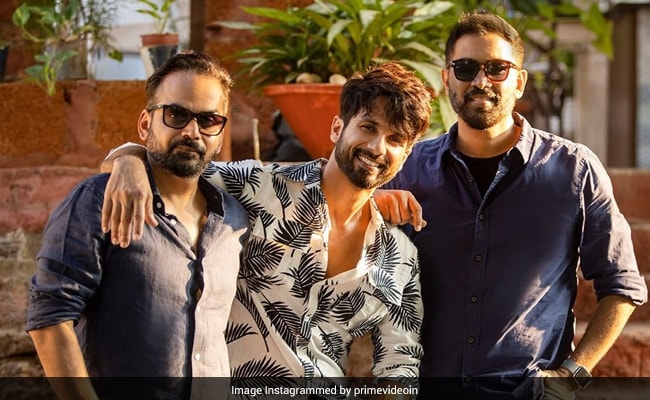 Bollywood star Shahid Kapoor will be venturing into the digital space with filmmaker duo Raj Nidimoru and Krishna DK's upcoming series, streaming platform Amazon Prime Video announced on Thursday. The untitled series, touted as a "quirky drama thriller", has been created and written by Raj and DK, who earlier helmed the hit The Family Man for the streamer. Shahid Kapoor said he was looking for an opportunity to collaborate with the directors, known for their films like Go Goa Gone, Shor In The City and Stree, after watching their work on The Family Man. "I couldn't think of anyone better for my digital debut than them. Amazon Prime Video is a fabulous service and it's a privilege to work with them. I loved the story idea when I first heard it and since then it has been an exciting ride so far! Can't wait to share this series with the audience," the 39-year-old actor said in a statement.

A post shared by amazon prime video IN (@primevideoin)

Raj and DK said the show is based on their "favourite script" and described it as their labour of love. "We found a perfect match in Shahid. He was always our first choice for this series. We hit it off immediately, and have been on the same page from the first time we spoke. Shahid is an exciting actor to watch and work with! The intensity he brings to his roles is amazing," the duo said in a joint statement.

The series marks Raj and DK's first collaboration with Kapoor, who was last seen in the 2019 hit Kabir Singh. The actor's film credits also include critically-acclaimed movies such as Jab We Met, Kaminey, Haider and Padmaavat. Vijay Subramaniam, Director and Head, Content, Amazon Prime Video India, called Kapoor an "incredibly gifted" actor and said the team is excited to have him on board.

"This is a fresh and unique combination that we're confident will be a hit with our customers," Subramaniam said. The show is co-written by Sita R Menon, Suman Kumar and Hussain Dalal. The streaming platform will announce the rest of the cast soon.