Shahid Kapoor On Age Difference With Mira: 'I Always Pull Experience Card On Her Which She Hates'

"I know she is really good for me," said Shahid Kapoor 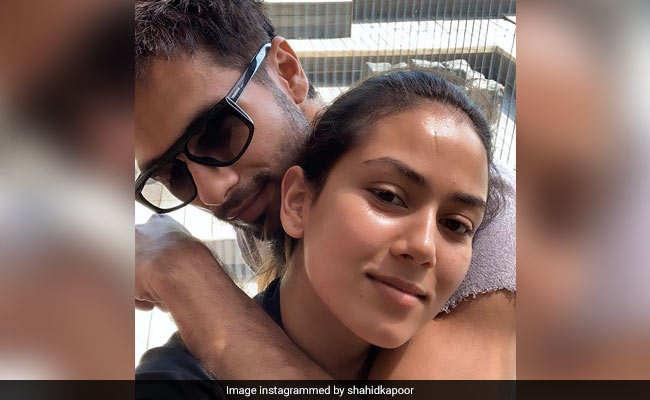 Actor Shahid Kapoor opened up about the age difference with wife Mira Rajput and revealed that she "hates" it whenever he pulls the "experience card" on her. Talking about his wife on Neha Dhupia's radio show No Filter Neha, Shahid Kapoor said that she always helps him with a different "perspective" for any situation. "Mira is always able to give me another perspective and when I look back after coming out of a situation, I feel very glad that she said what she said to me. I always pull the experience card on her which she hates," Shahid was quoted as saying by Hindustan Times.

Mira Rajput is 14 years younger than Shahid Kapoor. When asked how he is different from his wife, the actor said that despite having "different point of views," they help each other to grow as a person. "We have very strong and different point of views. For the kind of person I am, I am very happy that I have somebody like that. Although on a daily basis it might be difficult to deal with but when I look at the bigger picture, I know she is really good for me. And I am guessing I am also good for her. We always tend to tell each other the part that we are not seeing ourselves," said Shahid, reported Hindustan Times.

Mira Rajput married Shahid Kapoor in 2015 and they are parents to daughter Misha and son Zain. On the radio show, Shahid also talked about his kids and said that fatherhood is hard but "gratifying." When asked about the sleepless nights, Shahid said: "Now they are pretty sorted. It was rougher with Misha as we were learning how to get everything right. By the time Zain came through, 80% now goes on auto-pilot mode. Although you are sleep-deprived, it's very gratifying. Eventually when you keep going in life, you need fuel and there is no better fuel than how you feel when you are around children."

On the work front, Shahid Kapoor was last seen in Kabir Singh, which is the second highest earning Hindi film after War. Kabir Singh is the Hindi remake of the Telugu film Arjun Reddy.