Shahid Kapoor: 'Like To Surprise People With The Unexpected' 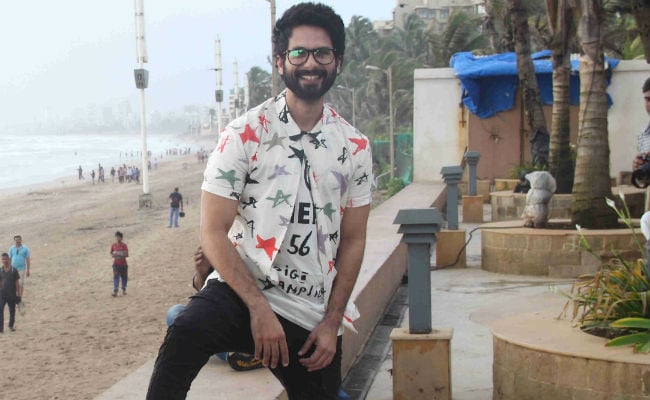 Shahid Kapoor during an interview in Mumbai

Be it Haider Meer, Tommy Singh, Maharaja Rawal Ratan Singh or his upcoming portrayal as boxing hero Dingko Singh, actor Shahid Kapoor says he loves to take the audience by surprise with something that they do not expect him to do. Ever since his debut in 2003 with Ishq Vishk, Shahid has proved his versatility with films as different as Jab We Met, Kaminey, Haider, Udta Punjab, Padmaavat, Batti Gul Meter Chalu. His latest project to be announced is a film in which he will play Dingko Singh.

Asked how he keeps breaking and building one image from another, Shahid told IANS here: "Every creative being wants to surprise people. So, whatever people say of you, becomes like an incessant need to break out of that and do something different. I think that is what makes you somebody as evolving creatively and changing. So, I always liked doing that.

"I don't like being told what I can do. I like to surprise people with the fact that I can do something that they did not expect me to do that what makes me an actor."

On films that have a dash of realism, Shahid said: "It is great. It is a reflection of our society and the fact that people want to talk about stories that are about them.

"The audience wants to see stories that are relatable. I always wanted to be part of films like that and the fact that it is working today it is very encouraging."

The 37-year-old actor says there was a time he was in movies and they "were made about stuff I could not connect with".

"They were a little flighty and little artificial so to say. It is great to see that good content is being accepted. Films that are about real things and people that feel palpable that feel like this is actually happening.

"So, every opportunity I get in that space I grab it with both hands."

Shahid, who has worked in entertainers like Phata Poster Nikla Hero and R... Rajkumar, is happy about the "lines blurring" between masala Hindi films and content-driven cinema.

"The definition of hardcore commercial is changing. It is changing for the better. I think entertainment for the sake of entertainment is there which most actors enjoy doing as well, but the fact that people want to see stories and be entertained in different ways is very encouraging," he said.

"Even a film like Batti Gul Meter Chalu is very entertaining... It has a dash of humour, love story, friendship and a family angle but at the same time it is also talking about something which is very real and relevant and important," he added.

He is happy with the kind of content filmmakers are making.

"The fact that filmmakers and writers are learning to create content like that is amazing. Then you are giving the audience a little bit of everything... It is a good balance," he added.