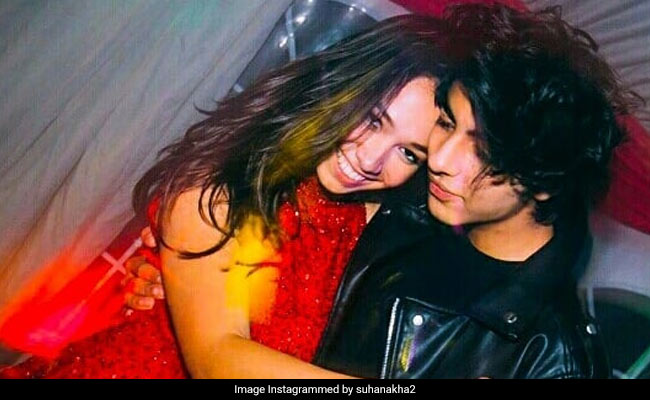 A picture of Shah Rukh Khan's elder son Aryan dancing with a female friend at what appears to be a discotheque topped the list of trends on Thursday. A fans club dedicated to Aryan's sister Suhana Khan shared a picture of Aryan, 21, who can be seen waltzing with an unknown young woman, who can be seen smiling away in the now viral pictures. Little is known about the personal life of Aryan Khan, who recently completed his studies abroad. Aryan recently voiced the character of Simba in the Hindi dub of Disney's live-action film The Lion King, which is performing exceptionally well at the box office. Shah Rukh Khan dubbed for Simba's father Mufasa in the same film.

Here are trending pictures of Aryan Khan and his mystery friend:

Baby, I'm dancing in the dark with you between my arms Barefoot on the grass, listening to our favorite song #Aryankhan

On the work front, Shah Rukh Khan was last seen in 2018 film Zero and he hasn't signed another film yet. He is producing Netflix web-series Betaal.