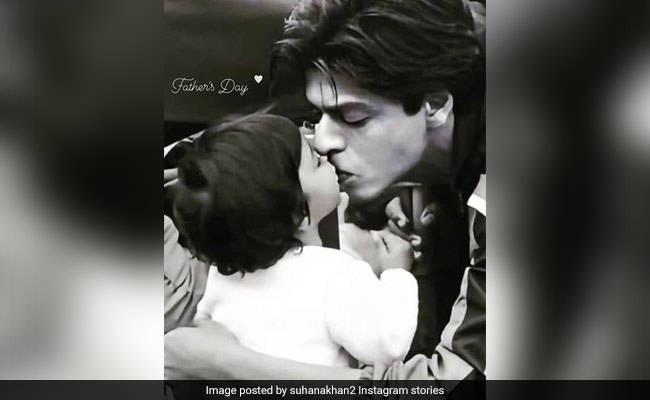 A throwback of SRK and Suhana. (courtesy suhanakhan2)

Suhana Khan sent a Father's Day greeting to dad Shah Rukh Khan, all the way from New York, where she is currently studying. She posted a childhood picture of herself, in which she can be seen kissing her father. "Father's Day," she simply captioned the post. The picture in question was obviously very cute. However, SRK's reply to Suhana's greeting was even cuter. Using heart and heart-eyed emojis, Shah Rukh Khan shared the same picture on his Instagram story and he wrote: "Miss you baby so much that I am using emojis." 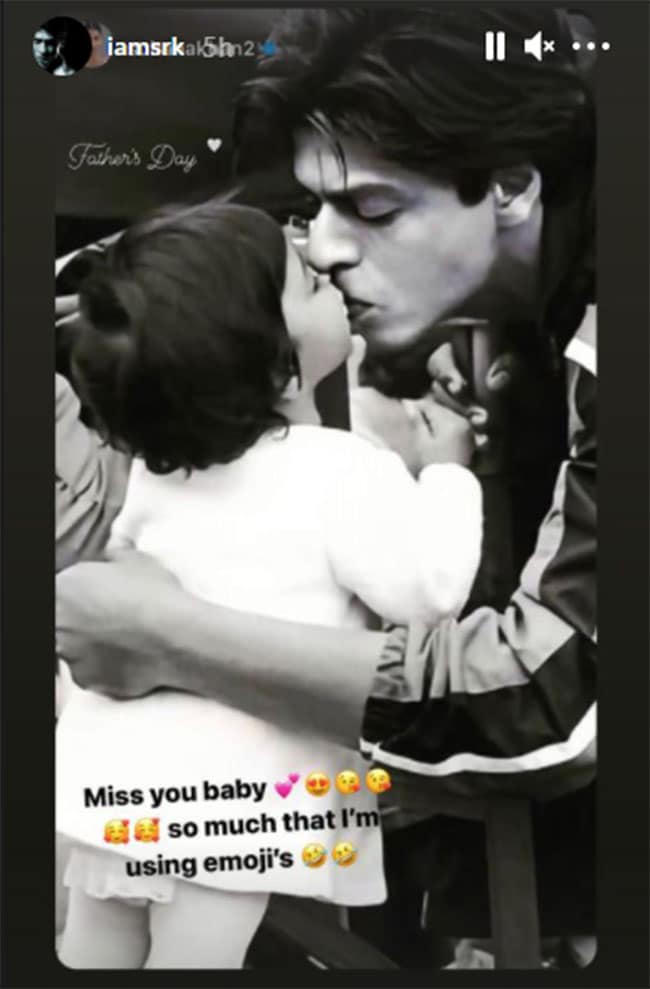 The actor sent out a Father's Day greeting to his Instafam with an unusual picture and a caption that read: "Happy Father's Day to all fathers. Here's wishing all parents the most beautiful moments and memories with their 'lil naughty munchkins'."

In terms of work, Shah Rukh Khan was last seen in 2018 film Zero, co-starring Anushka Sharma and Katrina Kaif. He will next be seen in his much-awaited film Pathan, alongside Deepika Padukone.