Dabboo Ratnani's Calendar Launch Party: Shah Rukh Khan with the picture of himself

New Delhi: Shah Rukh Khan headlined the guest list at a party to launch photographer Dabboo Ratnani's 2017 calendar in Mumbai on Wednesday night. The invitees included stars who feature in the calendar line-up, like Varun Dhawan and Vidya Balan, and others who don't, like Rekha. There was a special guest at the do in the form of Sunny Leone. The 35-year-old actress features in Dabboo Ratnani's calendar for the first time this year. Sunny and Shah Rukh have worked together in upcoming film Raees - Sunny features in the song Laila Main Laila from the movie, which releases on January 25.

Despite the mega-wattage of the celebrities present, it was Shah Rukh Khan the cameras couldn't stop clicking. He posed with the image of himself from the calendar, as did other stars. In Raees, Shah Rukh Khan plays liquor baron Raees Alam who operates in the dry state of Gujarat. The 51-year-old actor was more than happy to bring his film to the party. 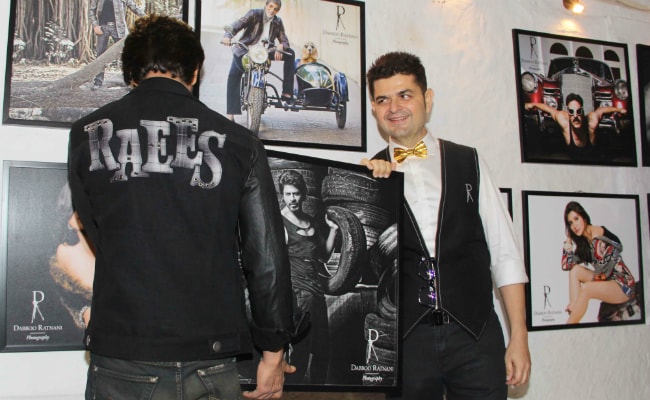 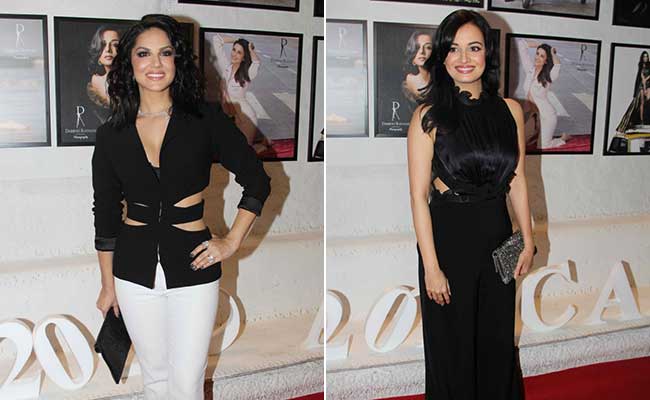 Meanwhile, veteran actress Rekha arrived looking uber-stylish in monochrome. Varun Dhawan greeted Rekha and the duo made for a fantastic photograph. Varun was also spotted with his dilwali, Kriti Sanon. 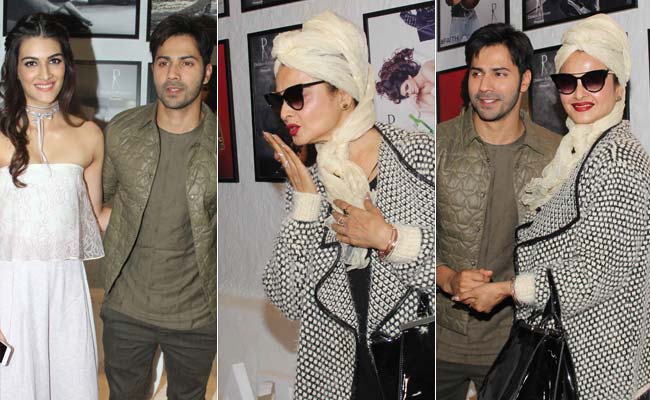 Kriti and her Heropanti co-star Tiger Shroff packed a punch at the party while Oscar-winning music director A R Rahman roped in Vidya Balan for a picture. Vidya also posed with her poster from the calendar. 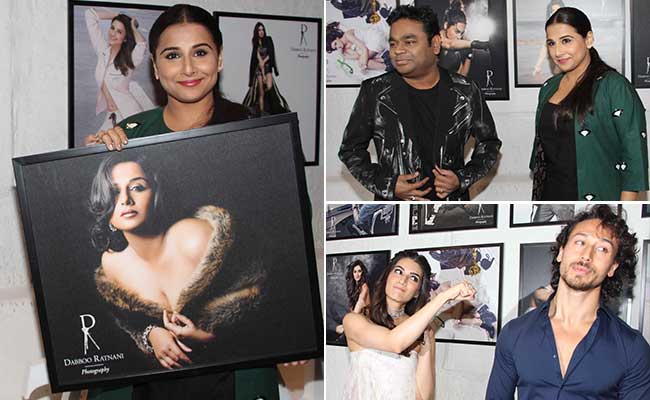