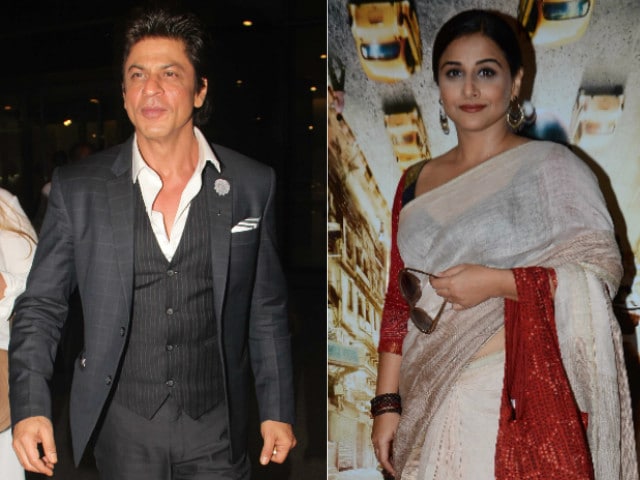 New Delhi: Shah Rukh Khan's Raees might or might not have dodged the Kaabil bullet but it appears that his film Dear Zindagi is also going to clash at the box office with another movie - Vidya Balan's Kahaani 2.

D-date for both films is November 25 this year.

She has a lot of questions. He has all the answers. Here's the 1st look of #DearZindagi, releasing on November 25! pic.twitter.com/DsVxyoWxSA

Except the sequel to Vidya's 2012 hit film Kahaani has already booked the same date:

Another mother of a story ..... pic.twitter.com/CNMmLhzeXL

SRK, it appears, is suffering from a plague of clashes. Raees, in which he plays a liquor baron, was rescheduled from July to next January, exchanging a collision with Salman Khan's Sultan for a three-way clash with Hrithik Roshan's Kaabil and Ajay Devgn's Baadshaho - Baadshaho was postponed to next May and reported high-level negotiations between SRK and the Roshans might see Kaabil re-calendared.

Vidya Balan's film, which reunites her with Sujoy Ghosh, co-stars Arjun Rampal and Jugal Hansraj and has been shooting in West Bengal.