Shah Rukh Khan Says One Has to Constantly Reinvent Success 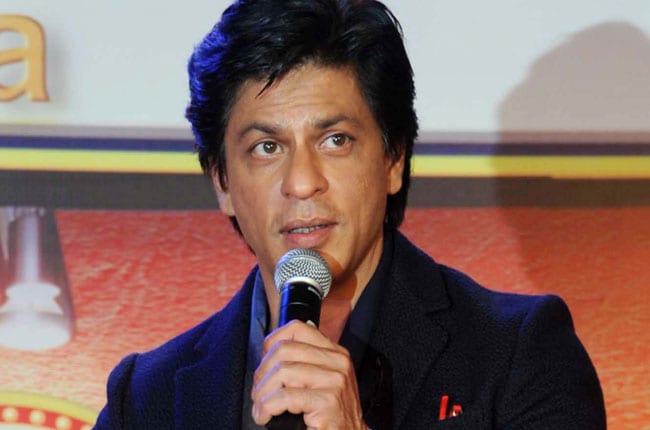 Shah Rukh Khan's production banner Red Chillies Entertainments Pvt Ltd., which is reportedly targeting a 25 per cent annual business growth, is set to roll out four to five films and the Bollywood superstar says he won't act in them.

"We want to make four-five films without me. As a producer I would like to concentrate on the films and visual effects," Shah Rukh told IANS in an interview.

Red Chillies Entertainments Pvt Ltd. turned 12 this year. Shah Rukh said the company would also make a couple of films with him in the lead.

"We will make a couple with me and some with other actors. The office is working towards that. The office is concentrating on filmmaking because that is our forte," he said.

In 12 years, Red Chillies has made 12 films, including forthcoming heist drama Happy New Year (HNY) as well as last year's blockbuster Chennai Express. The company broke even in 2012.

The entire bouquet has a mix of hits like Student of the Year, My Name Is Khan, Om Shanti Om, Main Hoon Na and Chalte Chalte and misses Ra.One, Billu, Paheli, Asoka, and Phir Bhi Dil Hai Hindustani.

Talking about the multiple films in the pipeline, Shah Rukh said "We have a whole creative department, which is planning two-three films - some small, some medium. A couple of them with me, like Raees is with me, Rohit Shetty's film is with me"

Raees" is being co-produced with Excel Entertainment.

"If we can put three films on the floor, it would be nicer. it is important they should stop making just my film. They should make more films. In the last 12-13 years that we have run the company, we are sort of ready to do it."

The output would be a mixed fair, said King Khan. "It's a mix. We have some directors who have already worked with us. We have some new directors. Actors are being cast according to the directors," he added.

Asked about expansion plans, he said, "Not exactly. Some of us have learned filmmaking as producers and I think they need to find their own space."

For instance, Karuna Badwal or Kareem Morani (producers at Red Chillies Entertainment), have ideas, which they should actuate.

"Over 12 years when you have collected a set of creative people, producers, you need to give wings to them. And I think we are in a position now and hopefully, with Happy New Year' releasing, and if it does well, we will be in a position where we can try out different things," said Shah Rukh.

He also feels that as producers they have grown over the years in terms of technology, presentation, and marketing of the films. Happy New Year will reflect that as it has some "amazing stuff", he adds.

"Whether it is visual effect or technology that we have used in the sequences and fights, I think it has not been used before," said Shah Rukh.

"What we learn in the last film, we try to make it perfect in the next film. So what we learned in Ra.One and Chennai Express, we have tried to make it perfect in Happy New Year and it will show results in one of the shots and it is as good as any international film can show you. That's for me as a producer a biggest high, not the film, money or business.

"For me it is, 'Can I create something that Indian cinema is wanting to see, in terms of technology?"

He believes a film's fate cannot be controlled, "but technology is what we can control as producers."

According to reports, film production and VFX are the two most important businesses of Red Chillies, together constituting almost 70 per cent of its revenues.

The actor believes in recognising new talents and giving them wings. "I have always believed if you can't recognise talent, you are not talented yourself. So I feel I have the capacity to be able to recognise new things and take a chance," he said.

Shah Rukh said he may be the face of his company but "it's a team".

"What makes me proud is when the Red Chilles team does something and somebody else follows it. I m like wow, we created something new to be followed. And that's gives me high.

Promoted
Listen to the latest songs, only on JioSaavn.com
"It's Red Chillies philosophy: please do new things."

Shah Rukh said his mantra in life is not to worry about the success and failure ratio. And one should keep making efforts because "once you have succeeded, you have to reinvent it."