We bet AbRam's concepts must be clear now, courtesy his father 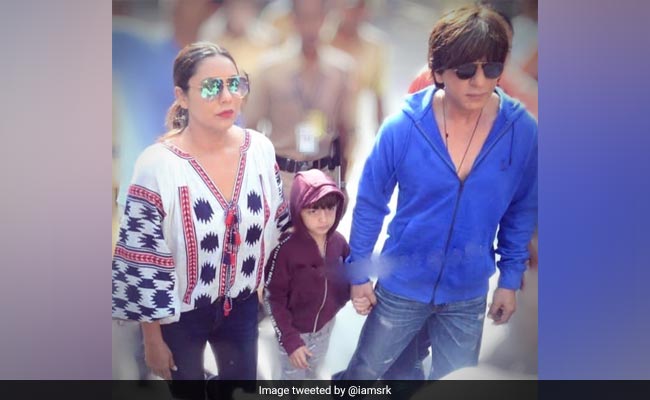 Shah Rukh Khan and Gauri Khan were accompanied by their five-year-old son AbRam at a polling booth in Mumbai during the Phase-4 voting of the Lok Sabha Elections. The actor posted a picture of himself along with Gauri and AbRam on his Twitter handle and shared the interesting reason behind taking AbRam along. In his post, SRK revealed that little AbRam was confused about the concept of 'voting and boating.' Now, in order to clear their son's confusion between the two activities, SRK and Gauri took AbRam to the polling booth. "Little one was a bit confused between boating and voting, so took him along to experience the difference," read the caption on Shah Rukh Khan's post.

Little one was a bit confused between 'Boating' and Voting, so took him along to experience the difference. pic.twitter.com/8X6DsTP8bc

Shah Rukh Khan stepped out in a blue sweatshirt, which he paired with a pair of blue denims. Gauri Khan opted for a white top, which she wore with a pair of black denims and sported a pair of sunglasses. All eyes were on AbRam as he accompanied his parents at the polling booth, dressed in a maroon sweatshirt. See the picture here: 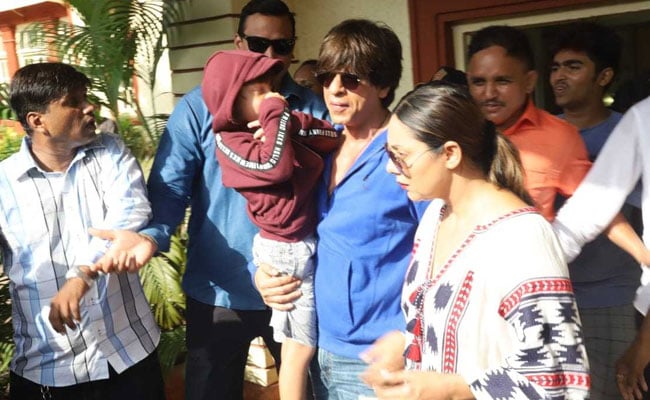 AbRam frequently makes appearances on his parent's Instagram profile and we simply love it when that happens. A few days ago, SRK shared a super cute picture of AbRam juxtaposed with a picture of himself on Instagram and he captioned it: "You never really understand your personality, unless you have a Mini Me who acts the same way." ICYMI, this is the post we are talking about:

'You never really understand your personality, unless you have a Mini Me who acts the same way'

Besides AbRam, Shah Rukh Khan and Gauri are also parents to Suhana Khan, who currently studies in London and Aryan, 21, who studies in California.

On the work front, Shah Rukh Khan was last seen in Zero, co-starring Anushka Sharma and Katrina Kaif. He has not announced his upcoming project as of now.