Shah Rukh Khan said: "Everybody has their own system of doing a film, why they do, how they do. I feel a film. I don't go searching for a film" 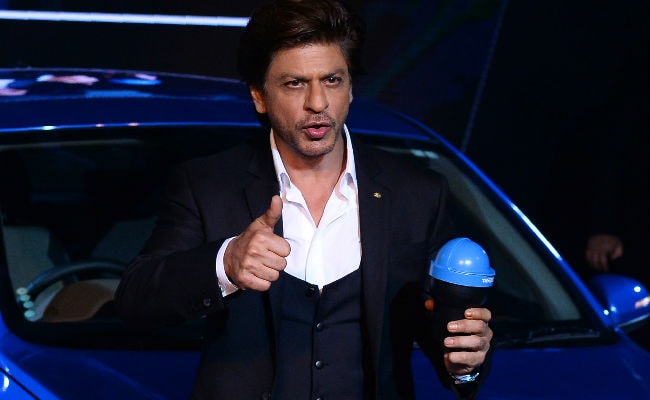 New Delhi: Superstar Shah Rukh Khan says taking up a project is an organic process for him and he does not go looking for a film. The 52-year-old actor said every artiste has their own method of selecting a film but believes it is the movies that choose him, not the other way around. When asked whether he would also like to work in a film promoting campaigns like Akshay Kumar in the case of Toilet: Ek Prem Katha, Shah Rukh said, "Everybody has their own system of doing a film, why they do, how they do. I feel a film. I don't go searching for a film. I have been a producer for 15 years, I have never produced a film that I think I should do. I think films choose me."

The actor was speaking at a select media roundtable at the ongoing Auto Expo 2018 here yesterday.

Shah Rukh believes even if the content was message-driven, the film has to be entertaining to strike a chord with the audience. "Sometimes they (films) go wonderfully right, sometimes they go fantastically bad and I am ok with it. If I don't keep that part of my life fluid, whatever level of artistic, I can't wake up every morning and keep on acting. I can't do it (acting) as a job, I am not saying others are doing it. Different strokes for different folks," he said.

The actor recalled the time when people were apprehensive about Chak De! India. Shah Rukh said he trusted his gut and the rest, as they say, is history.

"My father used to play hockey. No one knew I played hockey. Someone offered me a film on hockey, everyone said it was the worst film being made. There is no heroine, the girls are unknown, the songs are bad and I look awful with a beard. It became Chak De! India," he said.

Promoted
Listen to the latest songs, only on JioSaavn.com
"It doesn't mean I will do another film on hockey... There are things that appeal to me organically and sentimentally, so I do my films... We all sell fantasies in business, in cars and in my line of work," he added.