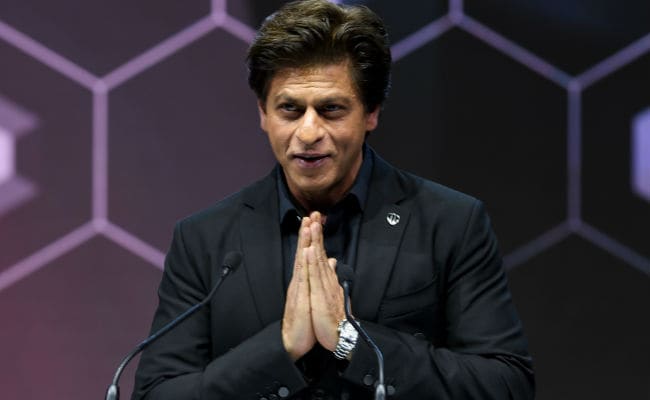 New Delhi: Shah Rukh Khan won thunderous applause from the audience as he wrapped his speech on power dynamics at the Crystal Award organised by the World Economic Forum (WEF) in Davos on Monday evening. The 52-year-old actor, who had the most profound things to say, was honoured for his 'leadership in championing children's and women's rights in India,' the WEF said in a statement. In his speech, Shah Rukh said that he learnt how 'courage can catalyse victimhood into heroism' from acid attack survivors. He also that said in today's world, 'power needs a complete reversal more than anything else.' Shah Rukh Khan started his speech on a light note and before you know it, you'll be hanging on to each and every word he said.

#1 Just a special request, before you (Cate Blanchett and Sir Elton John) go, can I do a selfie? Now? There, I have embarrassed my children.

#2 To disfigure a woman by throwing acid on her face is, to me, one the basest, crudest acts of subjugation imaginable. At the source of it lies the view that a woman does not have the right to assert her choice. And yet, each of the women I met, I found within them, the courage to move on with their lives and to reject the idea of victimhood. What was done to them only made them braver and stronger and more able to free themselves to make the choices that everyone around them said they could not make or should not make.

#3 There's a large pool of resources that everyone is equally entitled to but only some have access to it - either by accident, like in my case, or by design and talent and hard-work, like in the case of all of you present here.

#4 I was babysitting my five-year-old son before I came here and suddenly he screamed, 'Papa, Papa my eye went into my hair. Can you please get my eye out of the hair?' - He didn't say get my hair out of my eye, like we all believe they do. It's a bit like that when you have power, I guess. You think things get in its way but actually it is the power getting into the way. We, the powerful, need to get out of the way, and break open the access to the resources.

#5 I would like to thank my sister (Shehnaz Lalarukh Khan), my wife (Gauri Khan) and my little daughter (Suhana Khan) for bringing me up well and teaching me the value of requesting, sometimes imploring, and may I add, sometimes even begging a yes from a woman instead of forcing it upon her.

Madhuri Dixit Sets Up A Kitchen Garden With Her Family. See Her Post