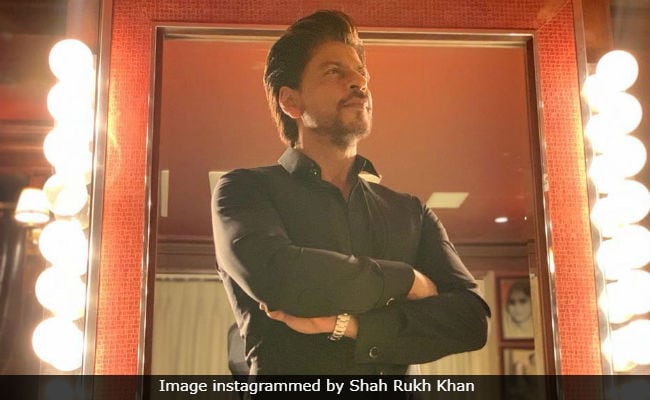 Coldplay frontman Chris Martin's shout out to Shah Rukh Khan on Twitter did not go unnoticed. On his band's verified Twitter handle, Chris Martin shared a list of songs "he loves at the moment" and signed off saying: "Shah Rukh Khan forever." On Monday evening, the 53-year-old actor, who had hosted Chris Martin and his Coldplay colleagues at his home in 2016, tweeted: "Will surely listen to the music you are listening to my man. Will send you some Indian music too. Love to you and health and life forever and more to you." After Chris Martin's spontaneity on Twitter, we expected Shah Rukh to do Something Just Like This.

Will surely listen to the the music u are listening to my man. Will send u some Indian music too. Love to you & health and life Forever and more to you https://t.co/iAmPIb6sa7

Chris Martin's recent tryst with Bollywood was at the Ambani-Mehta bash in Switzerland, where he performed while Bollywood celebs, including Shah Rukh Khan, grooved. Other Bollywoodwallahs in the audience included Aamir Khan, Ranbir Kapoor, Alia Bhatt and Karan Johar. Apart from Chris Martin, The Chainsmokers also performed at the grand Swiss bash to celebrate the then impending wedding of Nita and Mukesh Ambani's son Akash to Shloka Mehta, daughter of diamond merchant Russell Mehta. Akash and Shloka got married in Mumbai on March 9 and a wedding bash was hosted for the couple on March 10 while a reception for the newlyweds is scheduled for March 11.

In 2016, Chris Martin and his band performed in India at the Global Citizen Festival and Shah Rukh had then hosted an after-party at his home for the singer.