Shah Rukh Khan And "Out Of Sync Background Dancer" Karan Johar, Circa 1998. Guess The Song They Danced To

"The superstar shakes a leg and don't miss the out of sync background dancer!" wrote Karan Johar 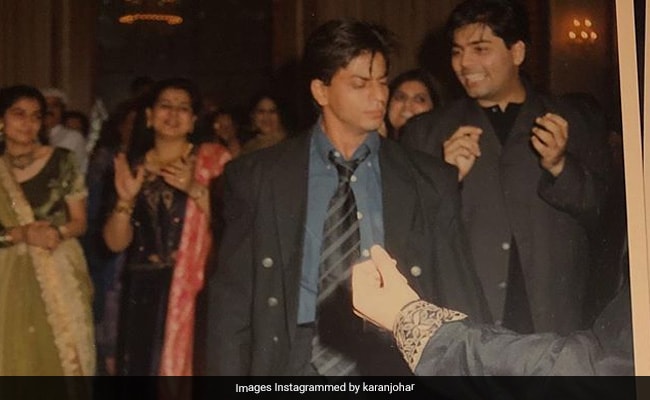 Karan Johar's Throwback Tuesday post featuring Shah Rukh Khan is all we need to drive away our mid-week blues. The filmmaker took a trip down memory lane and treated us to a really old picture of himself and the actor from Sanjay Kapoor and his wife Maheep's sangeet ceremony and it proves that no one can dance like Shah Rukh Khan. In the photo from the year 1998, the My Name Is Khan actor can be seen shaking a leg to the track Chaiyaa Chaiyya from his film Dil Se with Karan Johar dancing in the background but a little out of sync. Sharing the throwback treat, Karan Johar hilariously called himself the "out of sync background dancer" and wrote: "Throwback to Sanjay Kapoor and Maheep's sangeet! The superstar shakes a leg and don't miss the out of sync background dancer! #throwbacktuesday."

Reacting to Karan Johar's latest post, Sanjay Kapoor, his wife Maheep and nephew Akshay Marwah revealed a few details about the Sangeet night - the date and the song to which all of them were grooving. 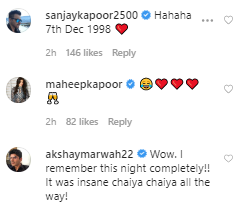 A screenshot of Sanjay, Maheep and Akshay's comments on Karan Johar's post.