The 1995 classic DDLJ is back in cinemas 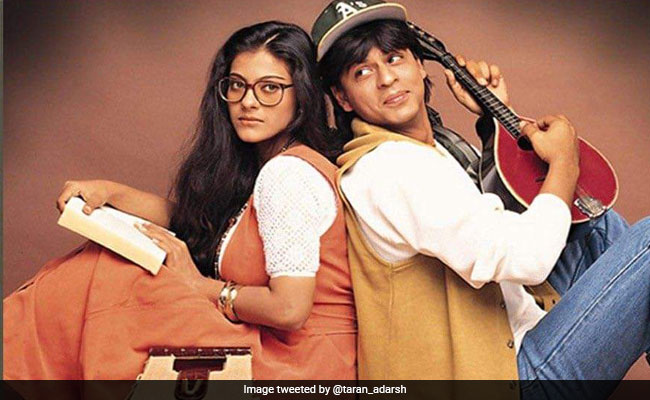 The magic of the 1995 film Dilwale Dulhania Le Jayenge, starring Shah Rukh Khan and Kajol, remains intact even 25 years later, which brings us to the news that the film is all set to re-release in theatres across the world. On Thursday morning, Bollywood trade analyst Taran Adarsh announced that the Aditya Chopra-directed film is all set to re-release in theatres in several countries, including USA and UK. In his tweet, Taran Adarsh revealed the countries where the film is slated to hit the screens and wrote: "DDLJ back in cinemas... DDLJ - starring SRK and Kajol - to re-release in cinemas in USA, Canada, UK, UAE, Saudi Arabia, Qatar, Mauritius, South Africa, Australia, New Zealand, Fiji, Germany, Norway, Sweden, Spain, Switzerland, Estonia and Finland." He added the hashtag #DDLJ25.

Dilwale Dulhania Le Jayenge, which clocked 25 years on Tuesday, showcases the story of Raj Malhotra, played by Shah Rukh Khan and Simran (Kajol), who fall in love during their vacation in Europe. They get separated by Simran's father, played by Amrish Puri, who takes her to their ancestral home for her marriage. Raj and Simran end up together because "Dilwale Dulhania Le Jayenge." The film also featured Farida Jalal, Anupam Kher, Satish Shah, Himani Shivpuri, Mandira Bedi and Parmeet Sethi in pivotal roles.

DDLJ redefined a whole genre of films. It won many awards and accolades, including the National Award for best popular film providing wholesome entertainment. Produced by Yash Raj Films, Dilwale Dulhania Le Jayenge was the highest-grossing Bollywood film of 1995.