"A picture of me from the sets of DDLJ. It's been 25 years! Was a truly special and fun experience. The memories will last forever," wrote Uday Chopra 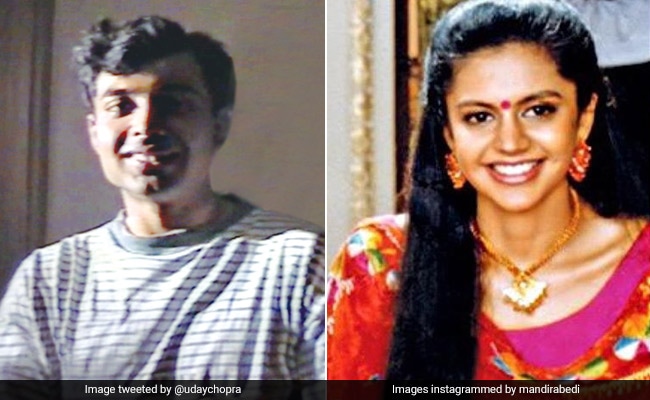 Dilwale Dulhania Le Jayenge clocked 25 years on October 20 and opened the floodgates of memories for those who were closely associated with the iconic movie. While Shah Rukh Khan and Kajol updated their social media profiles as Raj and Simran from DDLJ, Mandira Bedi and Uday Chopra, who were also part of the film's team, revisited memories from 25 years ago. DDLJ was helmed by Aditya Chopra, who brought on board his brother Uday Chopra as an assistant director. Karan Johar, who featured as one of Shah Rukh's onscreen friends in the movie, also worked as one of the assistant directors other than Uday and Sameer Sharma. Reliving fond memories from DDLJ sets, Uday Chopra shared a blast from the past and wrote: "A picture of me from the sets of DDLJ. It's been 25 years! Was a truly special and fun experience. The memories will last forever."

A picture of me from the sets of DDLJ. It's been 25 years!!! Was a truly special and fun experience. The memories will last for ever... #DDLJ25@yrfpic.twitter.com/jPohN6YdFV

Actress Mandira Bedi, who played the role of Preeti Singh in the movie, shared a then-and-now post on 25 years of DDLJ: "It's wonderful to have been a part of a film that has made cinema history on many counts. I have changed a lot, life has changed a lot. But red is still the color of love," she wrote. Mandira also tagged her co-stars Shah Rukh and Kajol, saying: "I want to see some then-and-nows from all of you."

#25yearchallenge !!! 🤟🏽❣️ It's wonderful to have been a part of a film that has made cinema history on many counts. 👊🏽💥I have changed a lot, life has changed a lot. But Red is still the color of LOVE ! #25yearsofddlj I want to see some Then & Nows from all of you.. @karanjohar @kajol @anaitashroffadajania @iamsrk @yrf

Throwback photos from DDLJ sets have also been shared by Anupam Kher, who was cast as Shah Rukh's father, and Anaita Shroff Adajania, who played the role of one of Kajol's best friends.

I was in college when Adi and Karan asked me to help them cast my college friends to play Raj and Simrin's friends in the film. This was my introduction to the film industry- a world I knew nothing about at the time. In the process they convinced me into playing Sheena. I did it for a laugh and a paid holiday to Europe with my bestie, which was a really big deal for a broke student. I remember reaching Saanen, a small town in Switzerland , fresh off the bus ( ok plane) and seeing Shahrukh in his black suit on a little bridge ...and for me I felt that he was there only for me! I'm sure whoever saw him on that bridge felt the same way - that's why he's Shahrukh. Kajol was just Kajol - real, instinctive, full of love (and still gives the tightest hugs ever). You have to remember that these were times when they were no entourages, no managers and mobiles, no social media...film making was much simpler, but extremely passionate. Once we were there, we were cut off from the rest of the world for over a month. We would all live together, eat together, sing together, dance together... we become a real family, under the warm gaze of a legend like Yash uncle (Yash Chopra). Adi knew DDLJ from his core, and strove for nothing less than perfection. We all hung out and helped each other in ways only close knit friends and families do. Never having any acting ambitions( thankfully), I'm so glad that I was part of this brilliant film and that I can still call everyone that I worked with a friend. I'm so happy to have been a tiny part of this massive legacy. #DDLJ25 #25yearsofDDLJ @yrf #adityachopra