Shah Rukh Khan, Alia Bhatt Made Us Happy By Sharing About Dear Zindagi 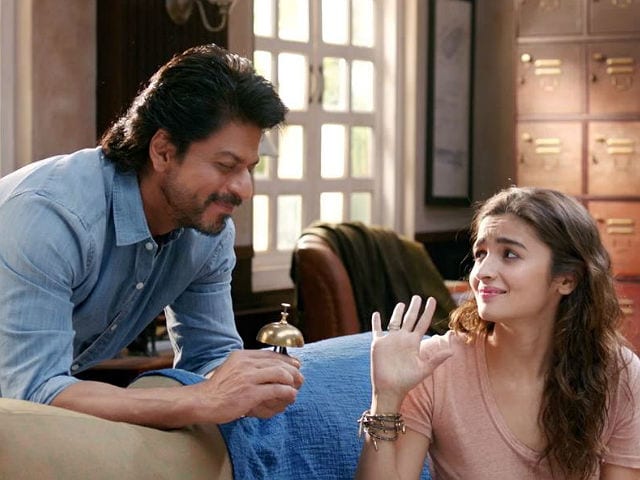 New Delhi: Alia Bhatt shared a behind-the-scenes video of her upcoming film Dear Zindagi's title track Love You Zindagi and it will fill you happiness just as the song did. Director Gauri Shinde guides the film's lead Alia Bhatt to extract the happiest moments.

From stomping in water puddles to cycling, running carefree, riding scooty and everything else is just buoyant and joyous in this 'anthem of the film,' as Gauri likes to call the song.

Alia says the title track of Dear Zindagi is a turning point in Kaira's (he character) life. "Happy, joy and a lot of happy moment," she explained. Gauri added that the visuals of the song had to reflect the sense of freedom Kaira feels.

You have see Alia's reaction when Shah Rukh Khan tells her "ek stunt karna padega" towards the end:

Promoted
Listen to the latest songs, only on JioSaavn.com
The film is produced by Gauri's Hope Productions, SRK's Red Chillies Entertainment and Karan Johar's Dharma Productions. It releases on November 25.

Also take a look at the title track of Dear Zindagi: