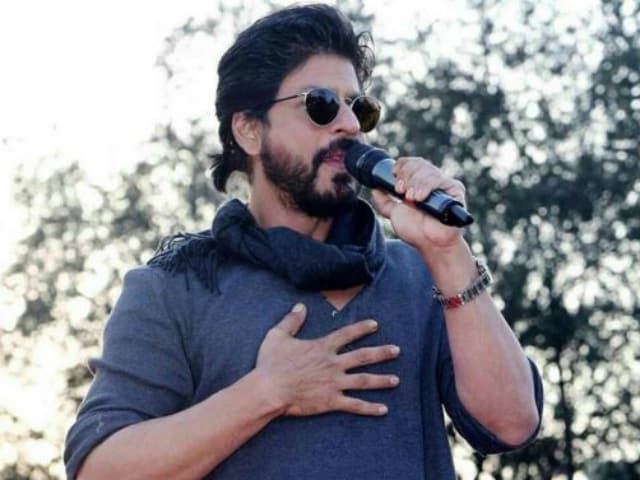 New Delhi: Originally from Delhi, Shah Rukh Khan, who always harboured a wish to play the city boy on screen said he is happy that after 25 years of his career he got his desire fulfilled through Fan. The Maneesh Sharma-directed movie will see Shah Rukh in dual roles, one as a superstar and other his look-alike fan Gaurav, a Delhi boy.

Fan has been mostly shot in the national capital. "I have known Maneesh for years now. I always wanted to play a Delhi boy in a film but I didn't get the chance. Over the years, I saw a lot of actors playing Dilli ka munda and I used to be envious of them. I would like to thank Maneesh for bringing me back to my roots," Shah Rukh told reporters at the press conference held after the launch of a song from Fan.

The 50-year-old actor said that having lived for more than two decades in Mumbai, he is out of touch with his "Dillliness", which came back after shooting for Fan. "The irony is that I have lived for so long in Mumbai that I forgot some "Dillliness"," he said.

Shah Rukh was also collected his graduation degree at the event.

"Maneesh is also from Delhi. So we started our promotions also from Hansraj where we both studied. I got my degree too so I am an official graduate. Maneesh hasn't, so maybe they don't know if he passed or failed," the star joked. (Also Read: Shah Rukh Khan Collects Degree From Hansraj College, 28 Years Late)