"Both are beautiful and spectacularly talented," commented Richa Chadha on Shabana Azmi's post 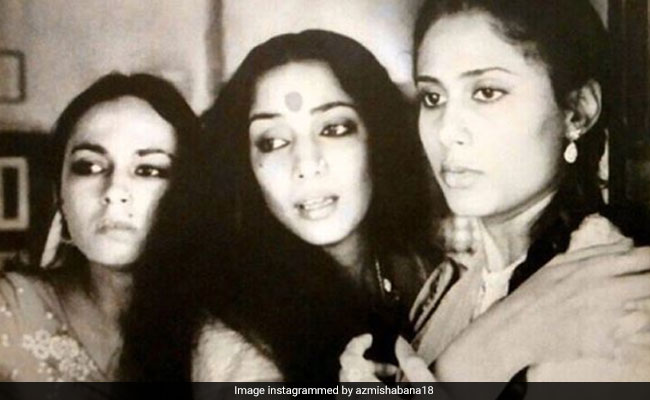 Alia Bhatt's uncanny resemblance to her actress mother Soni Razdan in the latest picture shared by Shabana Azmi is taking the Internet by storm. The 68-year-old actress shared a throwback picture on her Instagram profile on Saturday, which is a still from her 1983 film Mandi and features Soni Razdan and Smita Patil standing alongside Shabana Azmi. Shabana used the picture to prove her point that "Alia Bhatt looks exactly like her mother." It wouldn't be wrong to say that Soni Razdan's expressions in the picture remind us of Alia Bhatt's 2014 film Highway. Sharing the throwback picture, Shabana Azmi wrote: "Alia Bhatt looks exactly like her mother Soni Razdan. Here is proof. Still from #Mandi."

Shyam Benegal's 1983 film Mandi showcased the lives of women staying in brothels and it touched upon the socio-political obstacles that they had to face. The film also featured Neena Gupta, Naseeruddin Shah, late actor Om Puri and Kulbhushan Kharbanda.

Reacting to the throwback picture, actress Richa Chadha left an adorable comment for both Alia Bhatt and Soni Razdan in the comments section. "Both are beautiful and spectacularly talented," she wrote.

On the work front, Shabana Azmi has, in recent years, featured in films like Jazbaa with Aishwarya Rai Bachchan, Neerja with Sonam Kapoor and Chalk n Duster, co-starring Juhi Chawla. Shabana has also featured in TV shows like 24 and The Good Karma Hospital, a British TV series. She is best-known for her roles in Garam Hawa and Umrao Jaan.