"It's a real joy to have two very talented actresses, Shabana ji onboard along with Shefali Shah," said Vipul Shah 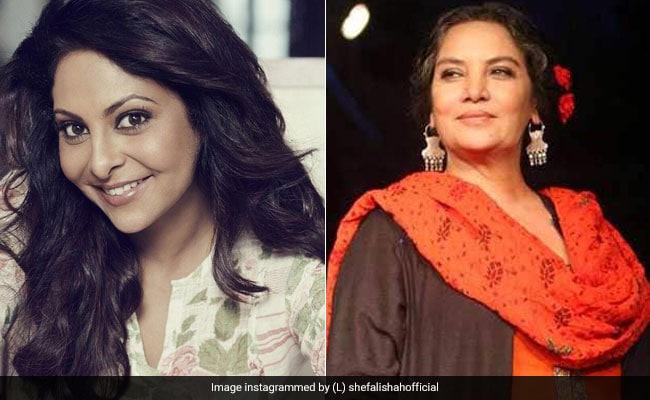 Shabana Azmi and Shefali Shah will be seen together in a web series, a medical thriller, to be produced by Vipul Shah. In the upcoming series, Shefali will be seen playing the role of a doctor, while Shabana Azmi will be the owner of the hospital. The two last starred in Aparna Sen's 2005 film 15 Park Avenue but did not have any scenes together. Mozez Singh, who directed Vicky Kaushal-starrer Zubaan, is co-writing the series with Ishani Banerjee, who has also worked in Aligarh. "It's a web series for OTT platform and it will have multiple seasons. The hard-hitting series will address all the wrong doings and scams in the medical world. And it's a real joy to have two very talented actresses, Shabana ji onboard along with Shefali Shah," Vipul Shah said in a statement to news agency PTI.

While Shefali Shah, who won a lot of critical acclaim for her performance in Netflix original Delhi Crime, said she is thrilled to collaborate with Shabana Azmi. "It's an extremely important and pertinent topic that any sensitive person would relate to and has to be shown. Besides that creatively, it's a huge high for me," she said, reported PTI.

She further said: "To be a part of a powerful story and playing an extremely complex character and it's my privilege and honour of work with Shabana ji. It's my first time with her and I can't wait to dive straight into it. And to top it, Vipul is producing it."

The makers are yet to lock the director for the untitled web series.