Separated By A Glass Window, Alia Bhatt And Sister Shaheen Greet Each Other Like This

In the adorable photo, Shaheen and Alia feature on opposite sides of what appears to be a glass window with their noses pressed against the glass. 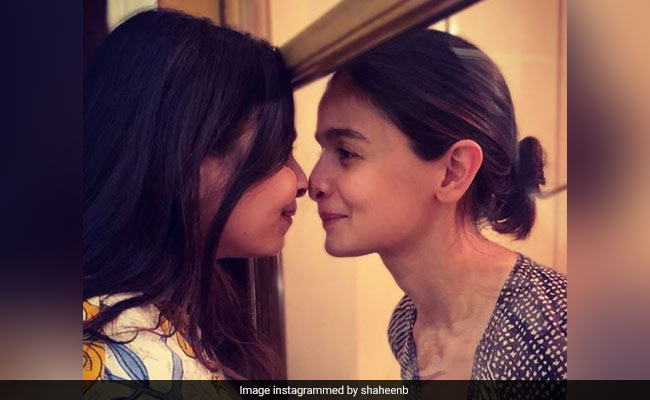 Shaheen and Alia Bhatt in an adorable pic (courtesy shaheenb)

Bhatt sisters Alia and Shaheen are setting major sibling goals on Instagram. On Tuesday, Shaheen shared a happy moment, starring herself of course, and her sister Alia. "Hi, sweetie" - she sent this message to Alia, who promptly replied with the same greeting: "Hi, sweetie." Aww. In the adorable photo, Shaheen and Alia feature on opposite sides of what appears to be a glass window with their noses pressed against the glass. That's how the Bhatt sisters roll, okay? Alia and Shaheen mother's Soni Razdan was one of the first ones to drop a comment on the photo - she emptied her stash of the heart emoticons. Meanwhile, Ridhhima Kapoor Sahni, sister of Alia Bhatt's boyfriend Ranbir Kapoor, said the photo is "Too, too cute." And we agree. 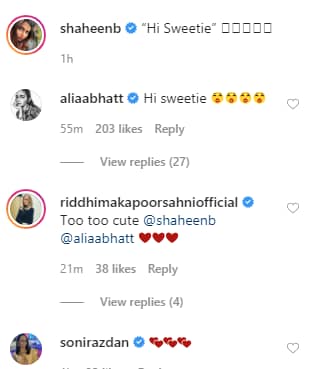 Looks like Alia and Shaheen, who were living separately during the lockdown, caught up recently. Here, take a look:

Even crumpled up newspaper is fun with the right person. Happy World Sibling Day, sibling.

I'm the least cool Tik Tok-er of all time.

Alia has been living with Ranbir during the lockdown. Videos of the couple strolling inside Ranbir's apartment premises went crazy viral last month. Alia was constantly with the Kapoor family after Ranbir's father Rishi Kapoor's death in April. Meanwhile during the lockdown, Alia had also dropped by her parents' house to check in on dad Mahesh Bhatt and mom Soni Razdan. Mahesh Bhatt revealed father his house is just a short distance away from where Alia is staying.

Alia Bhatt has a busy schedule ahead with films such as Brahmastra, RRR, Sadak 2and Gangubai Kathiawadi in her line-up. Shaheen Bhatt is the author of the book I've Never Been (Un)Happier, in which opened up about battling depression.