Seen This Adorable Pic Of Kajol And Her Daughter Nysa Yet?

"On the Mumbai roads after so long with my baby," wrote Kajol 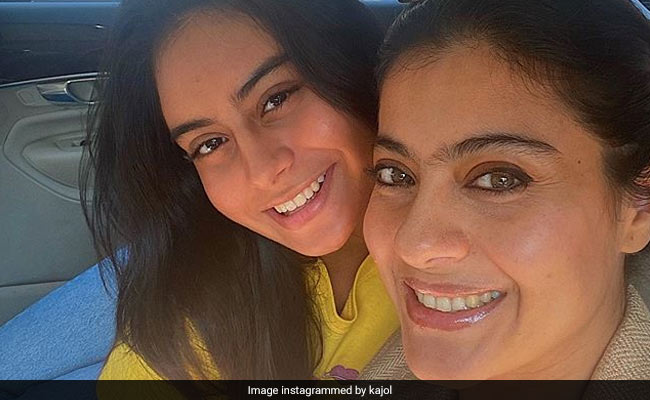 Kajol's latest post on Instagram is a perfect example of mom's love. The actress, on Saturday, shared an adorable album on social media and we are already in love with that. In case you are wondering why, it's because the album features Kajol posing with her daughter Nysa. The actress shared two pictures, in both of which she can be seen sitting alongside Nysa in a car and it wouldn't be wrong to say that Kajol's smile stole the show on the Internet. Instagramming the pictures, Kajol wrote: "On the Mumbai roads after so long with my baby" and accompanied her post with hashtags such as #sunshinyday #daughterlove."

We often get glimpses of Nysa on Kajol's social media profile. The last time the actress shared a picture of Nysa was the Daughter's Day. The post came with a really sweet caption, in which Kajol wrote: "You'll always fit in my arms."

Before that, Kajol gave us a glimpse of the road trip the Devgn family enjoyed a while ago. The photo featured Ajay, Kajol, their son Yug and Nysa. Sharing the photo, Kajol wrote: "Grumbles, rumbles and potato chips....... road trip. Finally!"

On the work front, Kajol was last seen in Tanhaji: The Unsung Warrior, which featured Ajay as her onscreen husband. The film also stars Saif Ali Khan. Tanhaji is performing exceptionally well at the box office and the film has scored a total of Rs 240 crore till now.