Sarkar 3 Poster: Amitabh Bachchan Is 'Angrier Than Ever' In Ram Gopal Varma's Film 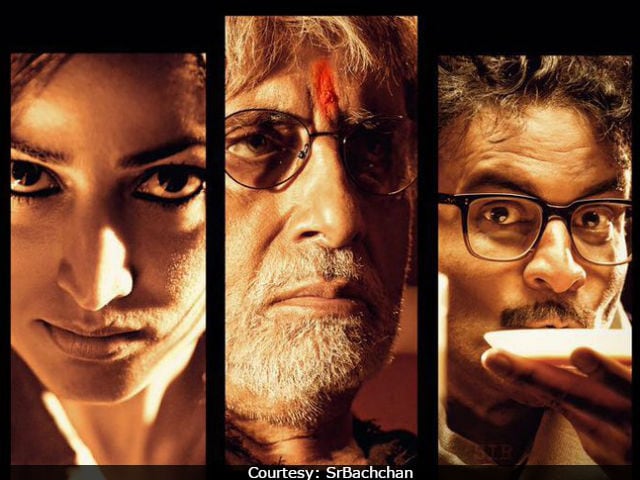 New Delhi: The first poster of Amitabh Bachchan starrer Sarkar 3 was finally unveiled on Tuesday and it is intriguing and intense. The tagline of the poster 'Angrier Than Ever,' is totally justified. The Ram Gopal Varma-directed film also features Yami Gautam, Manoj Bajpayee, Jackie Shroff and Amit Sadh. Sarka 3 is the third installment of Sarkar franchise. Amitabh Bachchan will be seen as Subhash Nagre (Sarkar), the lead character. Manoj Bajpayee is absolutely unrecognisable in the poster with the moustachioed look. The angry faces of all the stars on the poster has left us more curious about the film. Mr Bachchan tweeted the poster and wrote, "Mujhe jo sahi lagta hai main karta hoon " .. ye poster 'sahi' hai ..SARKAR 3 .. it takes a lot to last 3 times over !!" (sic)

Yami Gautam, who was last seen in Kaabil wears an angry expression in the de-glam look. She will be seen as Annu Karkare in the film.

Promoted
Listen to the latest songs, only on JioSaavn.com
Sarkar, which released in 2005, is set in the world of Indian politics. Its sequel Sarkar Raj hit the screens in 2008. The film will also feature Rohini Hattangadi, Ronit Roy and Bharat Dabholkar. It is slated to hit the screens on April 7. The film is presented by Eros International and produced by Allumbra Entertainment, Wave Cinemas and AB Corp.

Sarkar 3 will be Amitabh Bachchan's first release of the year. He last featured in Pink. Abhishek Bachchan co-starred his father Mr Bachchan in Sarkar and later in the sequel Sarkar 2, Aishwarya Rai Bachchan had joined them. Sarkar 3 will be Yami's second film this year.