Meri Pyaari Bindu, which released along with Amitabh Bachchan's Sarkar 3, has managed to collect a total of Rs 6.50 crore in three days 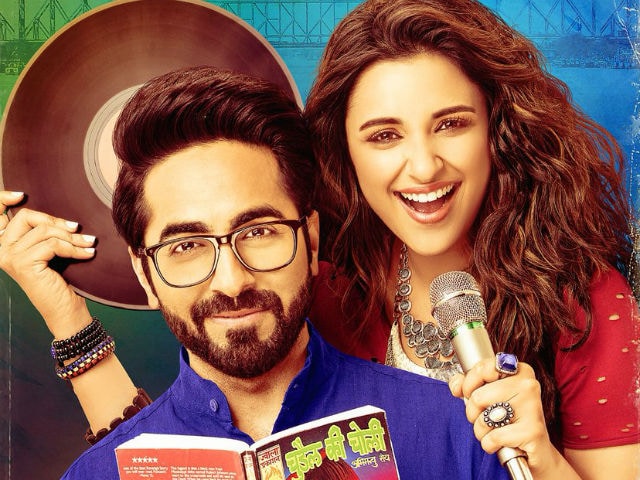 New Delhi: Parineeti Chopra and Ayushmann Khurrana's film Meri Pyaari Bindu received a luke warm response from the audience in the opening weekend. The film, which released along with Amitabh Bachchan's Sarkar 3, has managed to collect a total of Rs 6.50 crore in three days, reported trade analyst Taran Adarsh. Meri Pyaari Bindu earned Rs 1.75 crore at the box office on day one. The film marks Akshay Roy's debut as a director. Meri Pyaari Bindu tracks the love story of childhood friends Abhimanyu Roy (Ayushmann) and Bindu (Parineeti). In the film, Parineeti Chopra features as an aspiring rock star while Ayushmann Khurrana portrays the role of a Bengali novelist.

Parineeti Chopra marks her debut as a singer in the film with the song Maana Ke Hum Yaar Nahin. Speaking about the film, the Hasee Toh Phasee actress told news agency IANS that Meri Pyaari Bindu is a 'special' film for her.

"It was really one of the sweetest films that I read. The moment I read the script I felt this was the character that I wanted to play. The film is full of nostalgia. It has a lot of old songs which are associated with various chapters in our lives. That's something that I relate to even in my real life because I have songs for every event and person in my life. I connected a lot to the film, so I thought I should be a part of it," IANS quoted Parineeti as saying.

Promoted
Listen to the latest songs, only on JioSaavn.com
Meanwhile, Ram Gopal Varma's Sarkar 3 has failed to receive a good response from the audience. Over the weekend, the film has managed to collect Rs. 6.75 crore.

Shibani Dandekar Left Her Heart In Maldives. Because, "Beach Is Better"