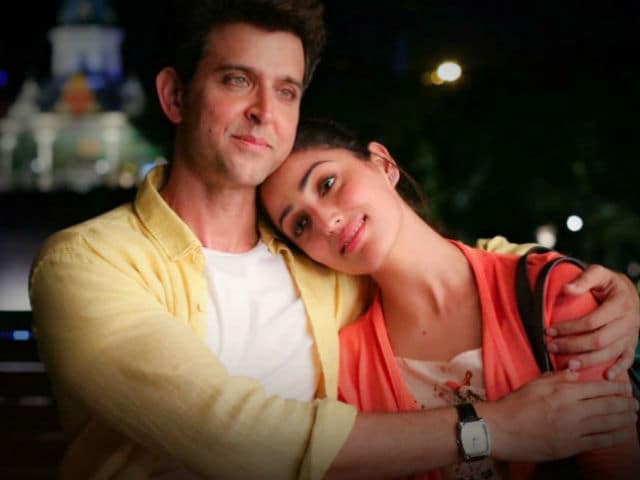 New Delhi: Hrithik Roshan, who co-starred with Yami Gautam in Kaabil, posted on social media that he was eagerly waiting for the release of her upcoming film Sarkar 3. The 43-year-old actor tweeted: "Looking fantastic! @yamigautam can't wait to see the other side of Su." The makers of the film unveiled the first poster of the movie on Tuesday. Sarkar 3, which has been directed by Ram Gopal Varma, features Amitabh Bachchan, Yami Gautam, Manoj Bajpayee, Jackie Shroff and Amit Sadh in lead roles. The film is the third installment of Sarkar franchise. The previous ones were - Sarkar (2005) and Sarkar Raj (2008). The movie is scheduled to release in theatres on April 7.

Looking fantastic! @yamigautam can't wait to see the other side of Su. https://t.co/eUJYooeEso

Sarkar 3 is the Indian version of Godfather film series. Amitabh Bachchan will be seen reprising his role as Subhash Nagre, a Mumbai-based mafia king. Yami Gautam will be portraying the role of Vishnu Nagre's (Kay Kay Menon) daughter in the film. She will be seen taking revenge from Sarkar (Amitabh Bachchan) for killing her father in the previous series.

Promoted
Listen to the latest songs, only on JioSaavn.com
Yami Gautam made her Bollywood debut with the 2012 movie Vicky Donor co-starring Ayushmann Khurrana and Annu Kapoor. Yami received appreciation for her performance in the film. Vicky Donor was directed by Shoojit Sircar and marked actor John Abraham's debut as a producer. The 28-year-old actress was last seen in Sanjay Gupta's revenge drama Kaabil opposite Hrithik Roshan. The lead actors had portrayed the role of visually impaired couple in the film.