Sanjay Dutt's Birthday Wish For Daughter Trishala Is Everything

"Life gave me the most wonderful gift in the form of you when I became a father," wrote Sanjay Dutt 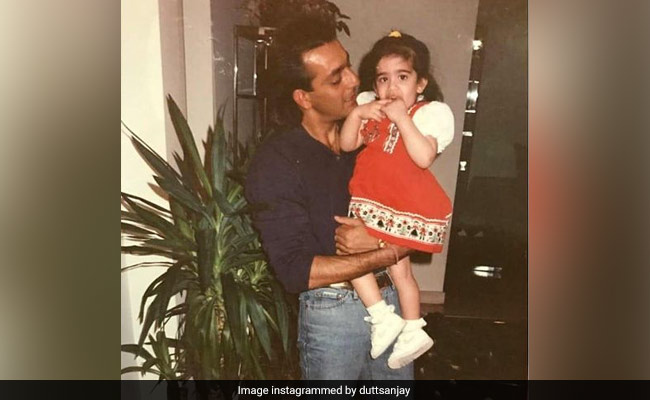 On Trishala Dutt's birthday, she received an extra special greeting from her dad and Bollywood actor Sanjay Dutt. The veteran actor posted a throwback gem from Trishala's childhood days on his Instagram profile. In the photograph, little Trishala can be seen curled up in Sanjay Dutt's arms as he lovingly looks at her. We are having a tough time deciding what we like more about Sanjay Dutt's post - the throwback picture or the caption that he added. His wife Maanayata Dutt dropped a heart emoji in the comments section of his post.

The caption on Sanjay Dutt's post read, "Life gave me the most wonderful gift in the form of you when I became a father. Even though you live so far away, we know that our bond has just been growing stronger. Happy Birthday, my little girl."

Trishala is the daughter of Sanjay Dutt and his first wife Richa Sharma, who died of brain tumour. Trishala was raised by her maternal grandparents in USA, where she currently stays. Her father Sanjay Dutt is now married to Maanayata. They got married in the year 2008 and the couple are parents to twins Shahraan and Iqra, 10.