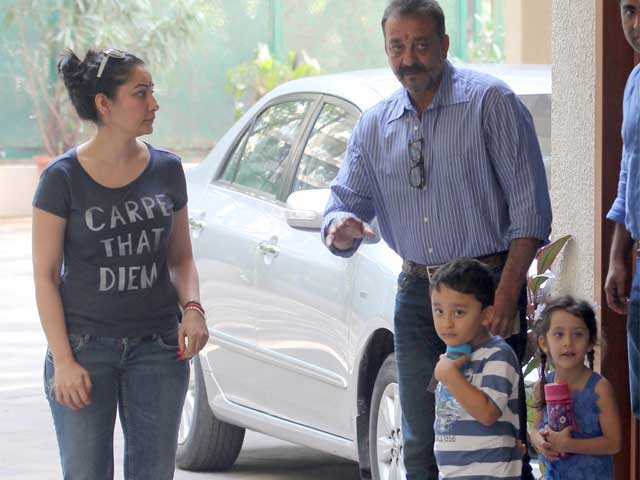 Actor Sanjay Dutt was photographed outside his Mumbai home today, saying goodbye to his family before returning to Pune's Yerawada Jail where he is serving a five-year jail sentence.

Promoted
Listen to the latest songs, only on JioSaavn.com
The Munna Bhai star spent Christmas and New Year at home after being granted two weeks leave on December 24, 2014. He applied for an extension of two weeks, which has not been granted yet. 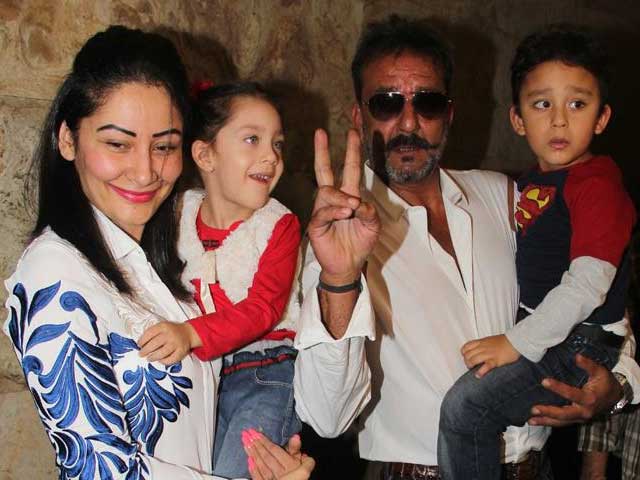 The Dutts - the actor's wife Maanyata and four-year-old twins Iqra and Shahraan - said a sombre farewell to Sanjay Dutt who has a role in December hit PK, co-starring Aamir Khan, which is currently smashing box office records. 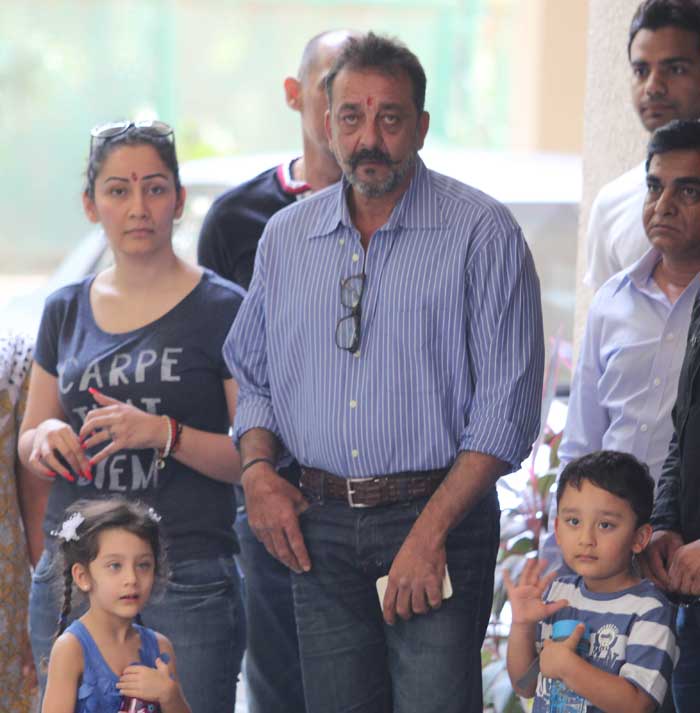 Sanjay Dutt, who is serving time after being convicted for illegal arms possession connected to the 1993 Bombay blasts, has spent over 100 days out of jail since he was incarcerated in May 2013. In the winter of 2013, he spent a month at home after being granted two weeks of leave and then an extension of another two weeks.