Sanjay Dutt Is 'Fortunate' To Have Maanayata: 'She Never Let Me Fall'

"After my father passed away, Maanayata has been my support system," said Sanjay Dutt 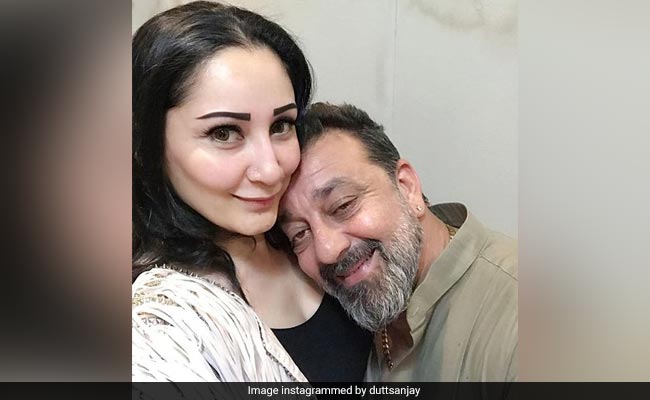 Actor Sanjay Dutt says that he is "proud and fortunate" to have a wife like Maanayata. In an interview with Mumbai Mirror, the 60-year-old actor talked about how his wife supported him in innumerable ways after his actor father Sunil Dutt died in 2005. Sanjay Dutt also revealed that he never interferes in Maanayata's work because he thinks she has "business acumen." Speaking about how Maanayata changed his life, Sanjay Dutt told the publication: "I'm proud and fortunate to have a wife like her. Her focus has always been home, husband, kids and her work. I've never interfered in her trading, knowing she has a business acumen. After my father passed away, Maanayata has been my support system. She never let me fall, she was always there to pick me up."

Joining Sanjay Dutt in the conversation, Maanayata came with a sweet reply and said: "For all those who say I am his anchor, I say he is the sail I set up to protect myself from storms. He's always stood strong for the kids and me. Even when he was inside, he was worried for us."

The Vaastav actor also talked about his life after returning from jail. Sanjay Dutt was convicted and sentenced to jail in connection with the 1993 Bombay serial blasts for the illegal possession of weapons. In February 2016, he walked out as a free man after completing his jail term. However, before Sanjay Dutt got acquitted, Sunil Dutt died of heart attack. Maanayata revealed that this left the actor disturbed for quite some time and added: "He used to be disturbed, his father didn't live to hear the court say that he was not a terrorist and acquit him from TADA charges. That had tarnished the family name and bothered him for years."

However, for Sanjay Dutt, the "dark" days are gone and he is now at "peace." He told Mumbai Mirror: "The dark clouds are gone, I am finally at peace."

Maanyata is Sanjay Dutt's third wife. He was married to Richa Sharma from 1987 to 1996. Trishala is Sanjay Dutt's daughter from Richa, who died due to brain tumor. He then married Rhea Pillai in 1998 and the couple divorced in 2005. Sanjay Dutt married Maanayata in 2008 in a private ceremony in Goa. They are parents to twins Shahraan and Iqra.

On the work front, Sanjay Dutt awaits the release of his upcoming film Prasthanam, which has been produced by Maanayata. The film will release on September 20.