Sanjay Dutt Gets Pampered By Sister Priya Dutt In This Pic

Owen Roncon, husband of Sanjay Dutt's sister Priya Dutt, shared a picture on Instagram in which the 50-year-old politician is seen feeding the Khalnayak actor 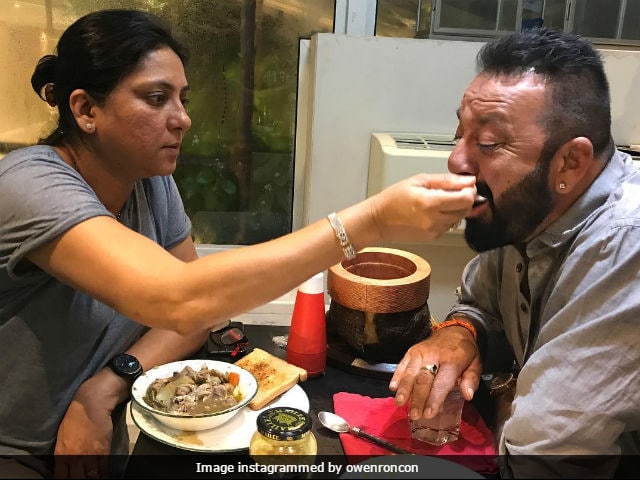 New Delhi: Owen Roncon, husband of Sanjay Dutt's sister Priya Dutt, posted a wonderful picture on his Instagram account on Tuesday, which features the Khalnayak actor with Priya. In the picture, the 50-year-old politician can be seen feeding her brother. Mr Roncon captioned the image as, "The lion eats tonight!!! I'll wait, keep little bit for me ok..." Sanjay Dutt's second wife Maanyata, who follows Priya Dutt's husband Owen Roncon on social media, liked the photograph and left a comment, that read, "Hahahaha poor you!" Well, this picture definitely depicts the strong bond that the brother and sister share with each other. Sanjay Dutt and Priya Dutt are children of actors Sunil Dutt and Nargis. They have a younger sibling Namrata Dutt. 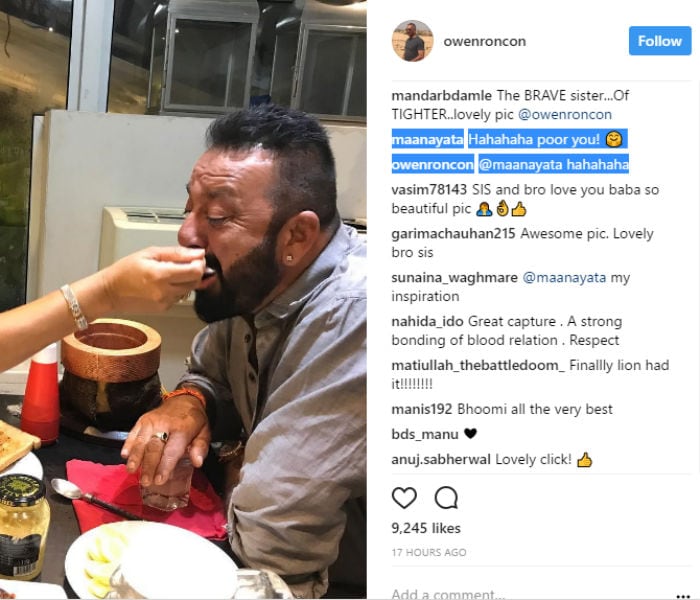 Sanjay Dutt's first wife Richa Sharma died in 1996 due to brain tumour. He got married to Maanyata in 2008. The couple have two children - Shahraan and Iqra.

On Monday, Trishala, Sanjay Dutt's daughter from his first wife, shared a childhood picture of herself with the Kaante actor. In the picture, Mr Dutt is seen holding Trishala in his arms. She captioned the image as, "#daddysgirl."

On the work front, Sanjay Dutt is all set to make a comeback to the big screen with Omung Kumar's Bhoomi. The actor last featured in a small role in Aamir Khan's PK (2014).

The film, which also stars Aditi Rao Hydari, Sharad Kelkar and Sidhanth Gupta, will explore the relationship between a father and a daughter.

Bhoomi is scheduled to release in theatres on September 22.
Comments
Sanjay DuttPriya DuttBhoomi