Sanjay Dutt Finally Has An Update On Munna Bhai 3

"We will start Munna Bhai 3 as soon as the script is ready," said filmmaker Vidhu Vinod Chopra 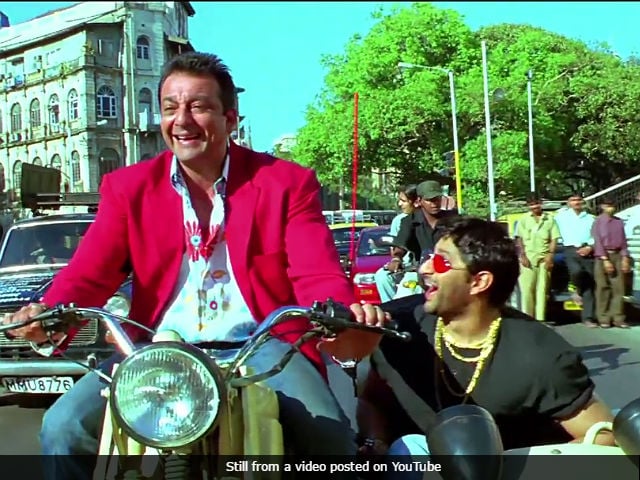 New Delhi: Actor Sanjay Dutt, who launched the trailer of his upcoming film Bhoomion Thursday in Mumbai, said, "Will start working on Munna Bhai 3 post Bhoomi," reports news agency IANS. Sanjay Dutt said that he would completely focus on the third film of the Munna Bhai series after the release of the Omung Kumar-directed Bhoomi. Rajkumar Hirani's Munna Bhai MBBS released in 2003 and it was a hit at the box office. In the film, Sanjay Dutt featured as a local goon Murli Prasad Sharma, who insists on becoming a doctor to avenge his father, who was humiliated by the dean of a medical college. In 2006, Munna Bhai MBBS was followed by a sequel titled Lage Raho Munna Bhai, in which Murli Prasad Sharma pretended to be a history professor to impress the love of his life. At the trailer launch event, filmmaker Vidhu Vinod Chopra told IANS that Abhijat Joshi is still writing Munna Bhai 3's story.

Mr Chopra added, "Sanjay Dutt was getting bored sitting at home. How much more we could've made him wait. Whenever he asked, 'Is it happening? We said, 'Yes sir it's happening.' So, we will start the film as soon as the script is ready," reports IANS.

Sanjay Dutt said that both director Rajkumar Hirani and writer Abhijat Joshi, along with his friends and family, have been with him through the thick and thin and he cannot wait to start the next Munna Bhai movie with them, reports IANS.

The 58-year-old actor also added, "Raju and Abhijat have given me the best film of my life and that's Munna Bhai MBBS. After Bhoomi, I won't do anything else and just focus on Munna Bhai 3."

Director Rajkumar Hirani and Sanjay Dutt have worked together in films like PK and the Munna Bhai series.

Rajkumar Hirani, who was also present at Thursday's event, credited the actor for making him the filmmaker he is today. He said, "I've made four films by now, three of which feature him. My fifth one is about him (referring to the biopic on Sanjay Dutt). He has inspired me. He made Munna Bhai great. I really wouldn't have been what I am without Sanju (Sanjay Dutt). We have been waiting to see Sanju the actor," reports IANS.

Promoted
Listen to the latest songs, only on JioSaavn.com
Bhoomi, co-starring Aditi Rao Hydari and Sidhant Gupta, is scheduled to release on September 22.