"Thank you for making a small little 13 year old me realise that this world of film-making is magical," wrote Sanjana 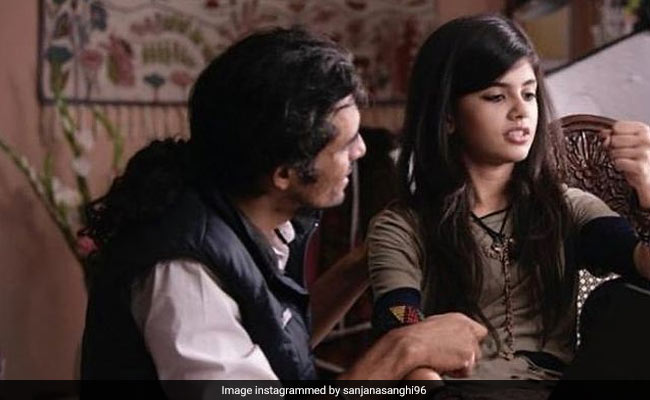 Happy birthday, Imtiaz Ali ! As the director turns 50 today, social media is filled with photos and videos of fans and actors wishing Imtiaz. Among the many wishes that came his way, the director, who is known for making intense romantic and coming-of-age films, received a special note from actress Sanjana Sanghi. In a heartwarming note, the actress thanked Imtiaz for encouraging her in her first acting assignment in the director's film Rockstar, when Sanjana was all of 13.

Tagging Imtiaz, she wrote, " Happiest of birthdays to my OG Rockstar, Imtiaz Ali. Thank you for making a small little 13-year-old me realise that this world of film-making is both magical and mystical. For making me discover an entire universe I could never have fathomed I had inside of me. For the best memories in the world. For always embracing & tolerating me through all my idiocies." Along with the note, the actress shared a throwback photo of Imtiaz directing her on the sets of Rockstar. She also followed this up with more recent photos of the duo.

Fans of the director and the actress loved the throwback images. In addition to several users taking this opportunity to wish Imtiaz, fans also expressed their wish to see the two work together again. One fan wrote, "Haha this is soooo cute, I love the timeline!"

It was not just Sanjana who wished Imtiaz with a special post. Actor Kartik Aaryan, who worked with Imtiaz in the film Love Aaj Kal (2020), also had a special message for him. The actor posted a video montage of the two interacting and sharing a hug on multiple occasions. The video also featured a voice clip of Kartik saying, "Getting an opportunity to work with Imtiaz Ali sir has really been life-changing for me... I feel enriched as a person." In the caption, he wrote, " Happy birthday to my favourite soul."

Actress Anushka Sharma also shared a note on her Instagram Stories that said, "Happy birthday! May you always find the best stories to tell, the best tea to drink and the best places to explore..." The two worked together in Jab Harry Met Sejal. 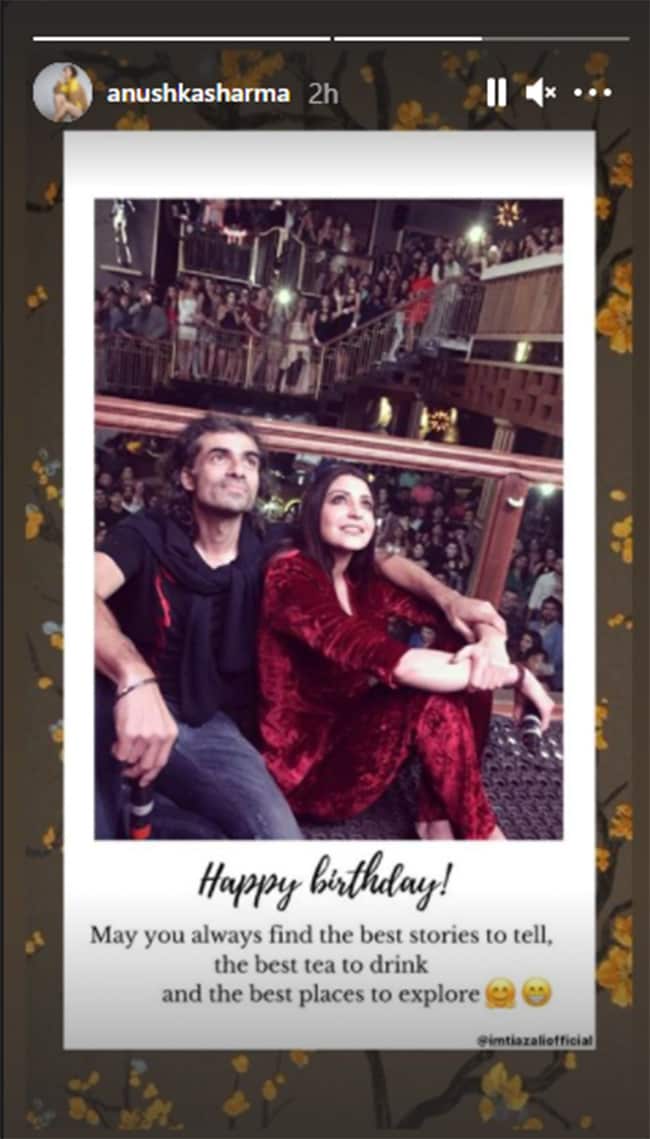 Imtiaz Ali made his directorial debut with the 2005 film Socha Na Tha. He has directed several films such as Jab We Met, Highway, Rockstar, Love Aaj Kal, Tamasha and Jab Harry Met Sejal.