Hey AR Rahman, Imtiaz Ali Wants A Reunion With You And Two Others

"When shall we four meet again?" asked Imtiaz Ali 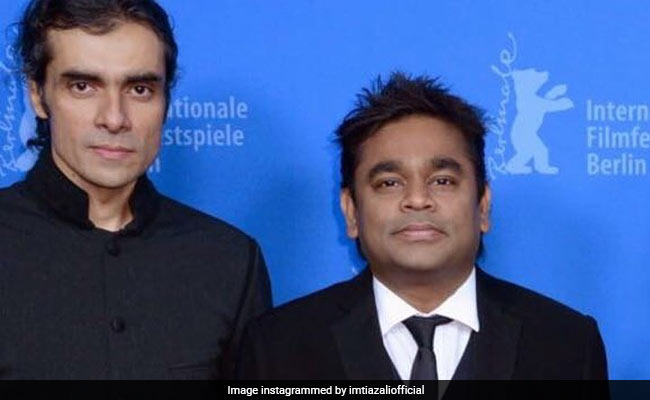 We are not even over the F.R.I.E.N.D.S Reunion that took place last week and we are already dreaming of another one and so is filmmaker Imtiaz Ali. His latest Instagram story suggests so. On Sunday night, he shared a post by a fan club that features him along with Oscar-winning composer AR Rahman, singer Mohit Chauhan and lyricist Irshad Kamil. The text on the post read: "Stop crying, it's just a reunion" along with a picture of the quartet, who have created some musical gems together (more about that later). Tagging the people in the picture, Imtiaz Ali wrote in his caption: "When shall we four meet again?"

Imtiaz Ali made his directorial debut with the 2005 film Socha Na Tha. He has directed several films such as Jab We Met, Highway, Rockstar, Tamasha and Jab Harry Met Sejal. He also made Love Aaj Kal, starring Saif Ali Khan and Deepika Padukone. Last year, he made another film of the same name, featuring Saif's daughter Sara Ali Khan and Kartik Aaryan.