"The eyes say it all," read the caption on Deepika Padukone's post 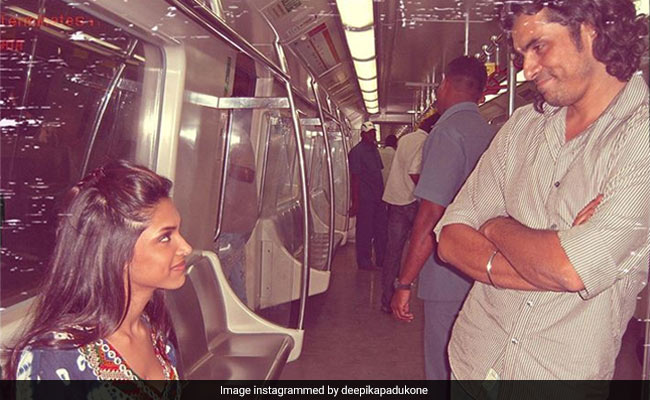 Deepika Padukone, who has starred in two of Imtiaz Ali's films (Love Aaj Kal and Tamasha), shared a throwback picture with the filmmaker from the 2009 film Love Aaj Kal, which clocked 11 years on Friday. The picture appears to be taken in a metro. In the picture perfect frame, Deepika Padukone aka Meera can be seen smiling as she looks at her film's director. She captioned the post: "The eyes say it all...Meera. 11 years of Love Aaj Kal." Deepika Padukone also changed her Instagram handle to Meera (the name of her character in the film).

Check out some of the posts here:

Imtiaz Ali's Love Aaj Kal showcases two parallel love stories separated by time. The story that featured Deepika and Saif Ali Khan, was set in 2009 or the titular "aaj," the other one that featured Giselli Monteiro, was representative of old school romance and was narrated by late actor Rishi Kapoor. The film explored the themes of modern day romance, break ups and the complications that come with it. Love Aaj Kal was a hit at the box office and so were its soundtracks (composed by Pritam). The songs Chor Bazaari, Twist, Aahun Aahun, Yeh Dooriyaan and Aaj Din Chadheya are loved even today.