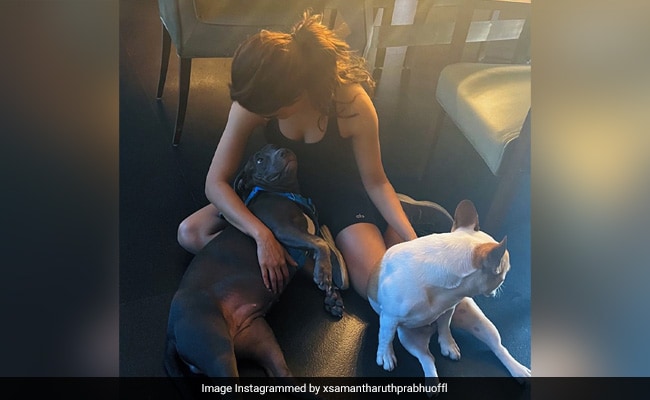 Samantha Ruth Prabhu's morning began with adorable company and a little self deprecating humour. The 34-year-old actress shared a super cute picture of herself along with her pet pooches Hash and Saasha. She accompanied her post with a hilarious caption that read, "Definitely a morning person. The annoying kind I see memes about. Who's with me?" Samantha's thoughts on being a morning person resonated with a section of her Instafam. "Me," commented an Instagram user. "That is so me," added another. While another section of her fans were busy admiring the picture. "So cute," wrote an Instagram user. "Cutest," added another.

This is what Samantha posted:

Samantha's Instagram profile is replete with posts from her travel diaries, workout videos and the "chronicles of being cute" series featuring her pet pooches.

On the work front, Samantha Ruth Prabhu will next be seen in Kaathuvaakula Rendu Kaadhal and Shaakuntalam. She recently shared her first look from the latter. The actress made her big digital debut with The Family Man 2 and she made headlines for her role as Raji, an unwavering Sri Lankan Tamil liberation fighter on a suicide mission in the series. She has starred in films like Manam, Ye Maaya Chesave, Autonagar Surya, Majili and Oh Baby to name a few.