"A topper is a topper everywhere," read the tweet shared by Samantha's fan 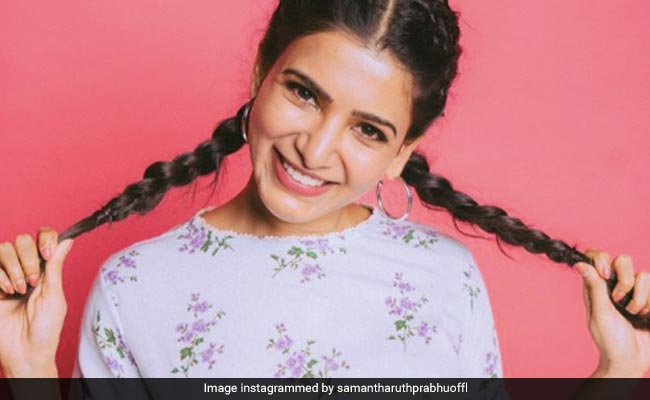 Superstar Samantha Ruth Prabhu found herself on the top of the trends list, courtesy her class 10 report card. Turns out, the actress was an "asset" to her school, according to her teacher. A Twitter user shared pictures of the actress' report card from her school St Stephen's Matriculation School in Pallavaram, Chennai. "A topper is a topper everywhere! She aced all the roles perfectly," read an excerpt from the tweet. Samantha, who was quite amused to see the report card, tweeted along with a heart emoji, "Haha this has surfaced again. Aww."

We spotted remarks like "She has done well. She is an asset to the school," and "well done, keep it up," on the report card. Also, on a closer look, we learnt that Samantha scored a 90 in English, 100 in Mathematics, 95 in Physics, 84 in Botany and 91 in History. Check out Samantha Ruth Prabhu's  tweet here:

Samantha Prabhu Ruth is best-known for her films such as Ye Maaya Chesave, Rangasthalam, Neethaane En Ponvasantham, Yeto Vellipoyindhi Manasu, Seethamma Vakitlo Sirimalle Chettu and others. She had several releases last year, which included the Telugu film Majili, in which she co-starred with her husband Naga Chaitanya, Jaanuand Oh! Baby. She will next be seen in the Tamil film Kaathuvaakula Rendu Kaadhal

Samantha Ruth Prabhu and Naga Chaitanya, co-stars of films like Manam, Ye Maaya Chesave and Autonagar Surya, got married in 2017. The couple had two weddings - one in accordance with South India rituals preceded by a dreamy Christian wedding.