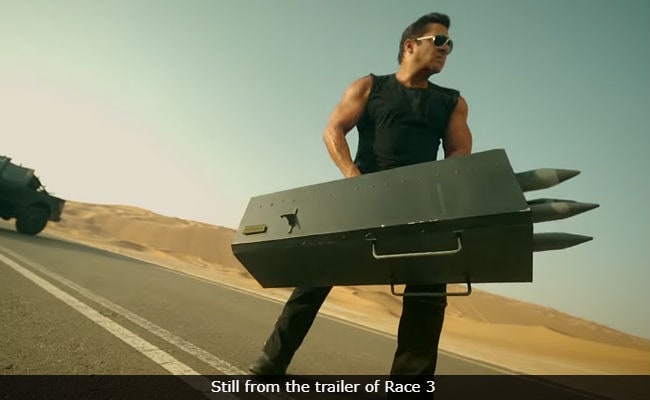 New Delhi: Race 3's climax scene, which would have taken 10 days to complete, was filmed in just five days, director Remo D'Souza said in a statement. The filmmaker was happy with the end result, which took half the calculated time because his team "supported his vision completely and delivered their best." The final action sequence, which was choreographed by Tom Struthers and Anal Arasu, was filmed simultaneously in three different units in Liwa Desert in Abu Dhabi in the presence of the military. "I wanted a very real treatment for Race 3. The action and explosions that you see in the film were all created on set. The climax scene is an elaborate action sequence that was shot with the entire cast," Remo said in a statement.

"Salman Khan ensured that the gruelling schedule that would otherwise take 10 days to shoot was completed in just 5 days. We had three separate units that were shooting simultaneously on set. The live explosions also had the military's presence for security concern. The entire sequence was an event in itself."

Team Race 3 sacrificed over 15 luxury cars including Aston Martin, Maserati, Ferrari, Lamborghini to achieve the desired finesse for the finale.

Watch the trailer of Race 3: