Salman Khan's Race 3 had earned over Rs 100 crore, but the film failed to impress the critics 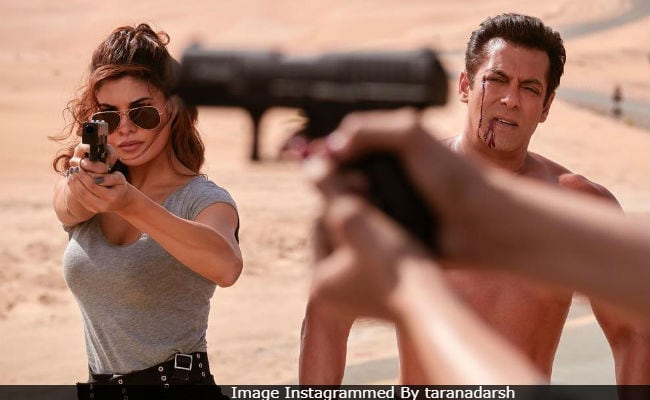 Salman Khan's Race 3 may have earned over Rs 100 crore at the box office, but the film failed to impress the critics. Director Remo D'Souza admitted that there were some 'glitches' in the script and explained to news agency PTI why portraying Salman in a negative role would have backfired for them. "When Shiraz Ahmed wrote the script it had the grey role. Race franchise is about grey characters but we can't show Salman in grey character and other things were also happening. Because of all that... It just went little..," Remo told PTI. The previous two Race films had portrayed Saif Ali Khan (the lead actor) in shades of grey.

"Entertainment-wise we had great action, songs, 3D, etc. People loved the action but then suddenly trolls started. The action was done by people who are masters in action... Story wise I agree there were glitches. But I have seen worse films becoming a hit," Remo added.

Race 3 was headlined by Salman Khan, who played Sikander. He was cast opposite Jacqueline Fernandez while Anil Kapoor, Bobby Deol, Daisy Shah and Saqib Saleem starred in supporting roles.

Asked if Race 3's script was modified during the shoot, Remo said, "There were a few changes that happened during the shoot. The script got modified after Salman came on board." He also added that he has learnt that script should be finalized before beginning with the shooting.

Of Race 3's box office count, Remo D'Souza said, "If it was a disaster then it wouldn't have done Rs 180 crore business and Rs 300 crore worldwide. I am still trying to come to terms to it and concentrating on my next film."

Race 3 was Salman's Eid release for 2018. He replaced Saif as the lead while Remo took the stewardship from director duo Abbas-Mustan.

Remo D'Souza also discussed the status of his dance film with Salman and said, "I spoke to him two days ago. We both are busy with our respective projects. I will take time and make this film. It's a beautiful script. It was this film that I first wanted to do with Salman but Race 3 happened."