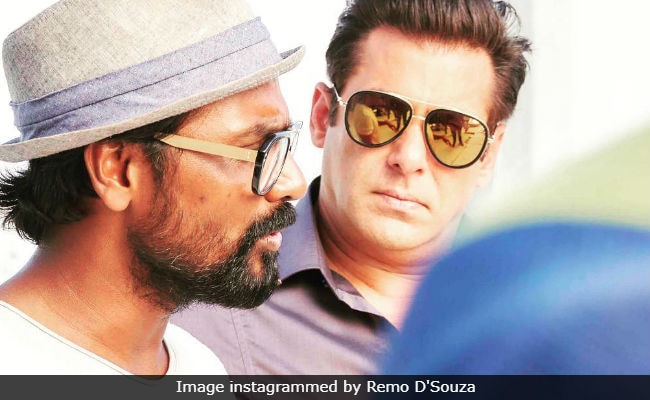 Salman Khan with Remo D'Souza on the sets of Race 3. (Image courtesy: Instagram)

Race 3's box office reception was in contrast to its critical reception but the criticism has not affected director Remo D'Souza's relationship with actor Salman Khan (who also produced the film), reports mid-day. Though the film, which released during Eid, collected over Rs 200 crore worldwide it reviews have not been entirely fabulous. Remo, who has choreographed Salman in songs like Selfie Le Le and Hangover, said that they "don't have any issues" and that their dance film is still on the cards. "Salman sir and I don't have any issues. We are collaborating on another project," Remo told mid-day and added that the project will take off after Salman completes Ali Abbas Zafar's Bharat and Dabangg 3 with his brother Arbaaz Khan.

"I am currently working on my next film (starring Varun Dhawan and Katrina Kaif). Salman sir is busy with Bharat, after which he will start shooting for Dabangg 3. We will start work on the dance film after that," Remo was quoted as saying.

Salman Khan and Remo D'Souza refrained from commenting on Race 3's critical reception but actor Bobby Deol, who played the antagonist, told news agency IANS: "I think criticism affects us when we make a bad film, but I think if our film was too bad, then it wouldn't have worked at the box office."