'If Race 3 Was Too Bad It Wouldn't Have Worked At The Box Office,' Bobby Deol Explains

"I am really happy because people have appreciated the work of the entire cast of the film," Bobby Deol said 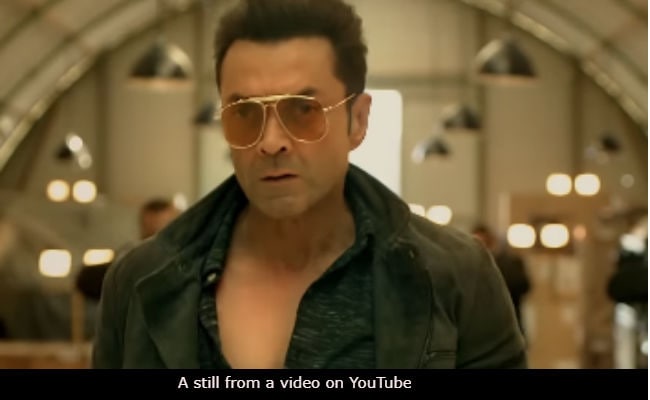 Bobby Deol in a still from Race 3 (Courtesy YouTube)

New Delhi: Salman Khan's Race 3 might have opened to roaring response at the box office but the Remo D'Souza-directed film has been panned by film critics and audiences alike. Bobby Deol, who played a pivotal role in the film, said that if Race 3 was "too bad", it wouldn't have done a "good business" in such a short span, news agency IANS reported. "I am really happy because people have appreciated the work of the entire cast of the film, including me. I think criticism affects us when we make a bad film, but I think if our film was too bad, then it wouldn't have worked at the box office," Bobby Deol told IANS. Speaking about the box office performance of the film, Bobby Deol said: "Since the release of the film, the smile is not going away from my face. I am really happy as entire team of Race 3 has really worked hard for it and people have appreciated the film," IANS quoted Bobby Deol saying.

Bobby Deol also expressed his desire to be part of Race's fourth installment (if there is any) and said he wants to continue "doing more films" in the future. "The entire team of Race 3 is really happy because the film is doing good business at the box office... What else do we want? I hope I will continue doing more films and people will appreciate my work in the same manner. I hope I am part of Race 4 as well," the 49-year-old actor added.

Bobby Deol underwent a massive physical transformation for his role in the latest installment in the Race franchise and mentioned that Salman Khan motivated him to work on his physique. It appears that Salman was the one to take his first audition (of sorts) and all he needed was an answer to this question: "Shirt utarega?" Speaking to mid-day, this is what Bobby Deol said: "One day, Salman called me and said, Mamu, shirt utarega? I told him I am ready to do whatever he wants me to."

Race 3 is Salman's fourth film to earn Rs. 100 crore in three days, after Bajrangi Bhaijaan, Sultan and Tiger Zinda Hai and the action-thriller has also made it to top five opening weekend list of 2018.