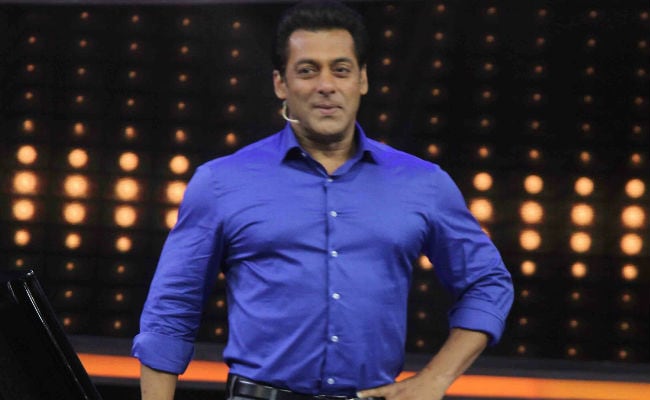 New Delhi: Salman Khan doesn't give two hoots about trolls and trolling. The memes on the trailer of his upcoming film Race 3 are never-ending but Salman Khan doesn't care as was evident from his conversation with reporters at the launch television show Dus Ka Dum, which he will host. "Those guys with one or two followers? That's trolling? Who's controlling that trolling, you know? No? How sad. When guys with one, two, three, four followers troll, it isn't trolling," the 52-year-old actor was quoted as saying by news agency IANS. Several scenes and dialogues from Race 3 - primarily Daisy Shah's "our business is our business..." dialogue - have been used and reused for several comic comments online.

Some celebrities and Team Race 3 also defended Daisy Shah's viral dialogue by inserting it in their conversations. A few days ago, Varun Dhawan was seen delivering the dialogue in a video posted by Race 3 director Remo D'Souza. However, the Internet was not impressed with the "Ghatiya promotion."

Before that, Salman Khan also invoked the dialogue when an unknown person on road asked the actor (seated in a car) where he was travelling to. Watch the video:

No words @BeingSalmanKhan what better reply one could get then the best one itself... we love you for the human you are !!! #Race3#salmankhanourhero @ItsRaviD @PlanetSalmanpic.twitter.com/FYUmIsAMLq

Before Salman Khan, Jacqueline Fernandez showed solidarity towards Daisy Shah and plugged a Being Human Clothing (owned by Salman Khan) promotion in the process. Here's what Jacqueline posted on her Instagram story:

Here are a few memes on Daisy's Shah's viral dialogue:

Please give Oscar to Daisy Shah for that dialogue

Promoted
Listen to the latest songs, only on JioSaavn.com
Race 3 releases on June 15.