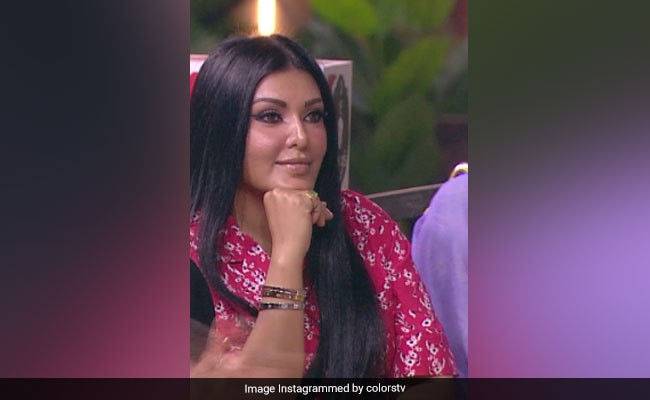 The Weekend Ka Vaar episode of Bigg Boss 13 was an eventful one. Since Dalljiet Kaur's elimination, the contestants were anticipating who will be the next one to leave the house. Though, amid tensions, Salman Khan made sure to make the weekend episode a cent-percent entertainer with multiple tasks and several guests. The actor interacted with the Bigg Boss contestants and then introduced the task 'Galat Fehmi Ka Gubbara,' according to which, each contestant had to pop other contestant's balloon of misunderstanding. Koena Mitra was targeted for her rude and arrogant behavior by Abu Malik and he popped her balloon.

This was followed by Asim Riaz popping Paras' balloon saying he thinks Shehnaaz Gill will reunite with him. Mahira Sharma picked Siddharth Shukla's balloon claiming that he believes he is a gentleman but he isn't. She also mentioned his previous statement, when Siddharth had said that Mahira's shoes are better looking than her face. Koena chose Shehnaaz's balloon as that the latter had once said that the audience loves watching her cracking jokes. To this, Salman Khan told Koena that she misunderstood Shehnaaz's actions as she was only joking. He also clarified the format of the show to Koena Mitra and said that it doesn't fall in the category of dignity.

Later, Devoleena got into a verbal fight with Koena over her behavior during the 'Rani No.1' task. To soothe the tense vibe, the members of 'Sunny Leone Arkestra' Sunil Grover and Haarsh Limbachiyaa entered the house dancing to the song Chori Chori. They entertained the housemates with some hilarious magic tricks. Actor Nawazuddin Siddiqui also made an entry as a special guest and judged the contestants for a talent show in exchange for some gratification.

Outside the house, Salman Khan welcomed Nawazuddin on stage, where the latter promoted his upcoming film Motichoor Chaknachoor. Salman Khan praised Nawazuddin and Athiya Shetty for their acting skills. When Nawazuddin asked Salman Khan to teach him his iconic walk and his dance moves, the duo set the stage on fire by dancing to Jumme Ki Raat.

After Nawzuddin Siddiqui bid goodbye, the contestants were asked to give honest answers to Salman Khan's brutal questions as part of another task. Salman chose Siddharth Shukla and Rashami Desai for the task. Two timer bombs were tied to their midriff, which other contestants had to diffuse to make them win. When the task ended in a tie, Devoleena picked Rashami, helping her win the power card. Salman Khan then declared Siddharth Shukla as Rashami's servant in the house. However, Rashami refused to take any of his services and freed him of the responsibility. When the eviction round started, Salman Khan eliminated Koena Mitra from the show.

As the show progressed, former contestant Priyank Sharma entered the house to introduce VOOT's exclusive chat show Bigg Buzz. He asked every contestant to reveal their targets by crossing their faces with paint. Rashami picked Shehnaaz while Aarti decided to target Shefali Bagga for not staying loyal. Mahira Sharma targeted Siddharth Shukla for being ill-mannered.

Later, Paras broke into another fight with Abu Malik. Post that, Shefali and Aarti also fought over something, which the former had said during the task. Mahira tried to calm down Aarti.