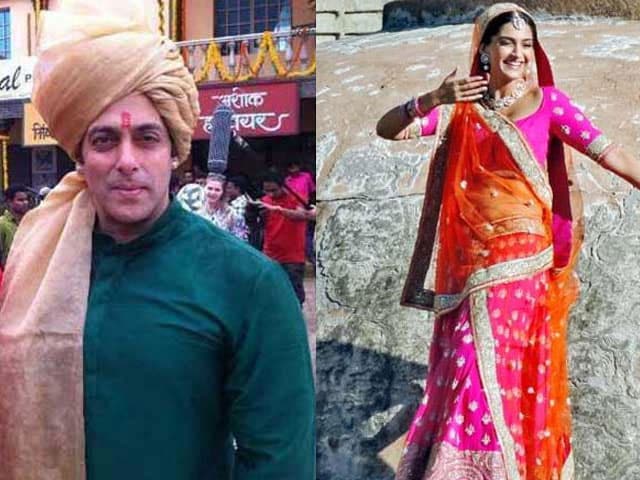 Actor Salman Khan, who will star opposite Sonam Kapoor in Sooraj Barjatya's Prem Ratan Dhan Payo, will reportedly be seen playing football at a wedding in a 13-minute-long song in the film.

Salman will reportedly be dressed in a kurta-pyjama in the longest song ever to be featured in a Bollywood film. The song, which will be spread over a particular emotional sequence in the film, will also feature Sonam Kapoor and the entire family. Prem Ratan Dhan Payo stars Neil Nitin Mukesh and Swara Bhaskar in supporting roles.

Promoted
Listen to the latest songs, only on JioSaavn.com
Salman and Sooraj Barjatya have also worked together in films like Maine Pyar Kiya and Hum Saath-Saath Hain.