Salman Khan Thinks Actresses Today Should Learn How To Be Friends 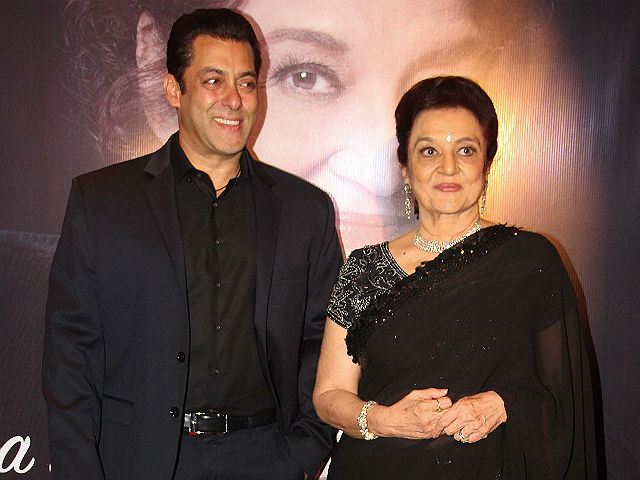 New Delhi: Actor Salman Khan says there's something the actresses of today can learn from their predecessors - how to be friends. Take a cue from Helen, Waheeda Rahman, Asha Parekh and Saira Bano, is Salman's advice to 'today's girls.' (Editor: why just the women, we'd like to know) Speaking at the launch of Asha Parekh's biography The Hit Girl in Mumbai, Salman said, "Waheeda (Rehman) aunty and we live in the same compound. Helen aunty, they all have been so close. Today's girls should also learn from them. From Saira (Bano) aunty, Asha aunty to Shammi aunty and Sadhana aunty, they all have been really close, it's something you don't see anymore. I think it was the best quality their generation had. We lack that quality today," reports news agency PTI.

Note to Salman - Alia Bhatt and Parineeti Chopra are friends, as are Katrina Kaif and Anushka Sharma, and Sonam Kapoor and Jacqueline Fernandez. Kareena and Karisma Kapoor are besties with Malaika and Amrita Arora, and even Raveena Tandon said recently that she and her former romantic rival Twinkle Khanna are pals.

Bollywood friendships have recently been headline fodder, after filmmaker Karan Johar revealed in his autobiography last year that his 25-year relationship with actress Kajol had ended irrevocably. He also wrote about the disruption of his friendship with Kareena Kapoor who, when he offered her the star part in Kal Ho Naa Ho decades ago, asked to be paid as much as co-star Shah Rukh Khan.

Promoted
Listen to the latest songs, only on JioSaavn.com
Salman Khan, 51, himself knows a thing or two about showbiz buddies - he and Shah Rukh Khan were famously friends until they infamously fought and then, after nearly six years, mended bridges at Salman's sister Arpita's wedding a couple of years ago. Aamir Khan is also a friend of both Salman and Shah Rukh, and the three Khans often promote each other's work.