"We have not hired any casting agents for any of our future films," tweeted Salman Khan 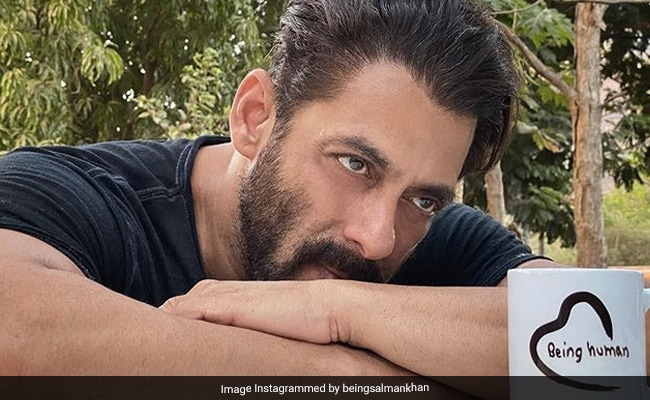 Salman Khan, who is staying at his Panvel farmhouse with a few of his friends and family members during the lockdown, dismissed rumours that he's casting for a film. In a tweet posted late night on Wednesday, Salman wrote: "Mat karo rumours pe trust" and set the record straight with a statement, saying neither he nor his production house Salman Khan Films are on the look-out for actors for any project. "This is to clarify that neither I nor Salman Khan Films are casting for any film currently. We have not hired any casting agents for any of our future films." Salman asked his fans and followers to ignore fake messages that may have wrongfully used his reference. He also added that he will take the legal route against the unauthorised use of his name to distribute false messages: "Please do not trust any emails or messages received by you for this purpose. Legal action will be taken if any party is found falsely using SKF or my name in any unauthorised manner."

Salman Khan Film's last project was Dabangg 3. The production house's next release will be Radhe: Your Most Wanted Bhai, Salman's third collaboration with Prabhu Deva. Salman was busy with the film's shooting before production houses shut down in Mumbai earlier in March and then the lockdown was imposed on March 25.

Trade analyst Taran Adarsh recently shared an update about Radhe's status and wrote: "Radhe, starring Salman Khan and Disha Patani: The film is *not* complete yet... Filming of two songs and some sequences pending... Dubbing, VFX, post-production work pending too." The cast of the movie also includes Randeep Hooda and Jackie Shroff. Radhe was expected to release on May 22.

#Radhe, starring #SalmanKhan and #DishaPatani: The film is *not* complete yet... Filming of two songs and some sequences pending... Dubbing, VFX, post-production work pending too. pic.twitter.com/hebVQOqiqK

Salman Khan recently released a single Tere Bina, also starring Jacqueline Fernandez, who is one of his lockdown buddies in his farmhouse. The song was entirely shot in his Panvel farmhouse.