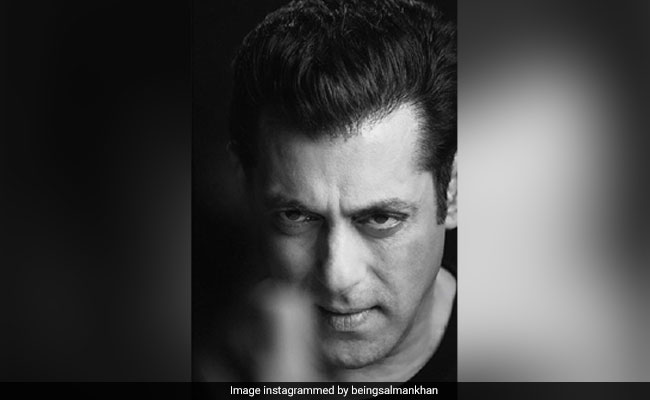 Salman Khan's latest Insta post will serve as food for thought for his fans on social media, in which he talks about the shades of life and the value of morals, principles and ethics in it. More than his philosophical caption, it is his monochrome picture which is winning hearts on the internet. In the photo, Salman can be seen focusing on a blurred thing. Sharing a black-and-white click of himself on Instagram, Salman Khan wrote: "Life used to be black-and-white, yes or no, truth or lies, it was crystal clear now perhaps it's grey, it's maybe. Who the hell cares, is that true? Hope not for god's sake. Long live morals, principles and ethics."

Now, take a look at Salman's inspirational post, which within few hours, received over one million likes on Instagram.

Life used to be black-and-white, yes or no, truth or lies, it was crystal clear now perhaps it's grey, it's maybe. Who the hell cares, is that true? Hope not for god's sake. Long live morals nd principles and ethics.

While Salman's fans loved his photo and were all praises for it, many dropped comments like "You still look young," and "Can anyone guess the age of Salman bhai.""You look like 20 years old no matter how old are you," wrote one user on Instagram.

A few days ago, Salman Khan shared a video on his Instagram profile, in which he could be seen shaking a leg with Prabhudeva, Sajid Nadiadwala and Sudeep. Salman, Sajid and Sudeep lined up as Prabhudeva taught them the basic dance moves of Urvashi, one of his popular tracks, from 1994 film Kadhalan (Humse Hai Muqabala in Hindi). "Dance class from the master himself... Prabhu Deva," Salman captioned the post.

Dance class from the master himself . . Prabhu Deva @kichchasudeepa @wardakhannadiadwala

On the work front, Salman Khan has films such as Dabangg 3 (with Sonakshi Sinha) and Inshallah​ (with Alia Bhatt) in the line-up.