Speaking about Shah Rukh and Aamir Khan's latest flop films, Salman Khan said that one film cannot change the fate of an actor 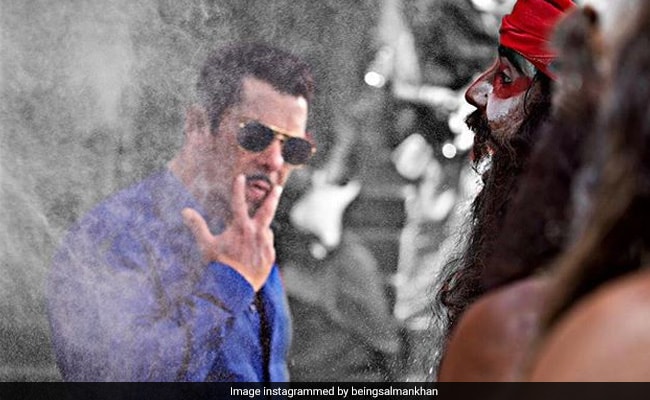 Salman Khan on the sets of Dabangg 3. (Image courtesy: Instagram)

Actor Salman Khan, who is currently filming Dabangg 3 while he's awaiting the release of Bharat, told DNA in an interview that he's surviving in the film industry because of "luck and mediocre talent" while his contemporaries Shah Rukh and Aamir Khan "know their craft." He told DNA; "SRK is a legend, as is Aamir. Actually, tension toh mera hai. Aamir and SRK know their craft. I've heard people saying they're not so sure about me. My thing is that I'm surviving on mediocre talent and luck. Actually, I don't know what I'm surviving on, but I'm surviving. Mere ups and downs toh hote rahenge. By the grace of God, hamari fan following itni tagdi hai."

Shah Rukh and Aamir Khan saw the down side of the box office with their last films Zero and Thugs Of Hindostan, respectively. However, Salman Khan said that one film cannot change the fate of an actor. "By the grace of God, the films that I'm choosing have done well. But it is not as if Aamir or Shah Rukh are choosing bad or worse films... A bad movie here or there may happen, but they will always come back, he said.

"There are times when the movies I've chosen, to the best of my knowledge, haven't worked. And then one film works and you're back," Salman added.

Salman Khan will be next seen in Ali Abbas Zafar-directed Bharat and after that in Dabangg 3, which he's co-producing with his brother Arbaaz Khan. Salman has also signed a film with Sanjay Leela Bhansali, titled Inshallah.