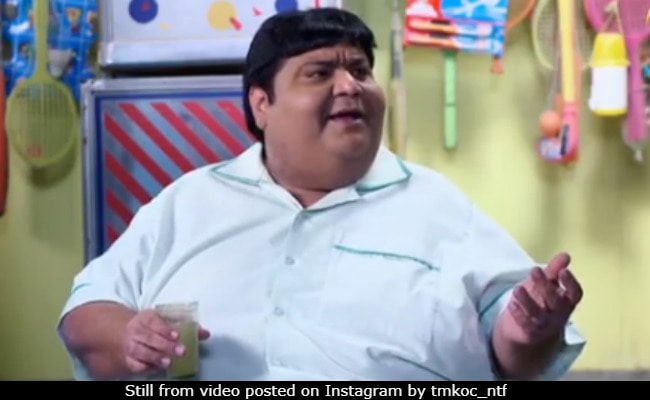 Kavi Kumar Azad in a still from the show (courtesy tmkoc_ntf)

TV actor Kavi Kumar Azad, who is best-known for playing Dr Hansraj Hathi in the popular sitcom Taarak Mehta Ka Ooltah Chashmah, died on Monday and almost a week after his death, Salman Khan started trending for reportedly paying his medical bills some eight years ago. A SpotboyE reports states that eight years ago, Mr Azad was admitted under the guidance of Dr Muffi Lakdawala in Mumbai, who is closely associated with the 52-year-old superstar in connection with Salman's humanitarian initiatives. Mr Azad had to be put on the ventilator immediately and Salman ensured that operation charges and hospital fees were covered while "Dr Muffi did the surgery free of cost," added the SpotboyE report. Salman also reportedly helped Mr Azad evade expenses for the medicines.

According to SpotboyE , Mr Azad recovered after bariatric surgery and the treatment it followed and lost several kilos - "he had dropped from 265 kg to 140 kg." However, after his recovery, Mr Azad met Salman and thanked him for being such a big support in his difficult time. The SpotboyE report also added that Mr Azad was advised a second bariatric surgery in the recent past, which he opted out of in the fear of not getting assignments in the TV industry.

Taarak Mehta Ka Ooltah Chashmahlost an important member of the cast after Mr Azad died of a cardiac arrest at Mumbai's Wokhardt Hospital. Asit Kumarr Modi, the producer of the sitcom and also a close associate of Mr Azad, said the actor called him on Monday to inform he won't be joining the sets that day for not keeping well. "After his health scare in 2009, he promised to take better care of himself. He was not married and considered the Taarak Mehta team as family. Often, he would bring home-cooked food for the entire team. He would tell me, 'When I come to the set, the people here make me forget all my troubles'. It is heart-breaking to see him go so young," mid-day quoted Mr Modi as saying.

Kavi Kumar Azad was reportedly 45. His last rites were performed in Mumbai on Tuesday afternoon, which was attended by his colleagues such as Mandar Chandwadkar, Neha Mehta, Jennifer Mistry and Shailesh Lodha. Apart from featuring in TV shows, Kavi Kumar Azad had also featured in films like Mela and Funtoosh.