"It is heart-breaking to see him go so young," the producer of Taarak Meha Ka Ooltah Chasma Asit Kumarr Modi said 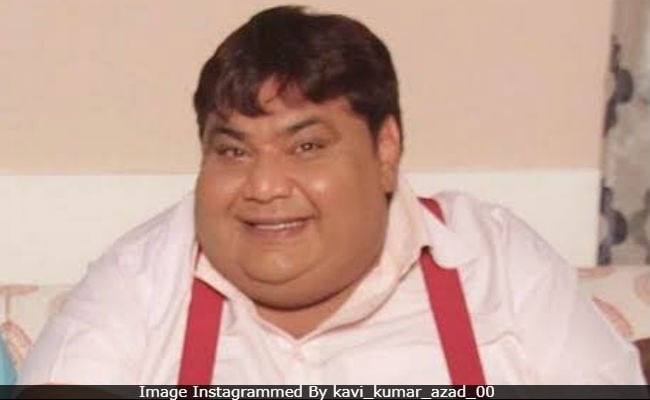 "It is heart-breaking to see him go so young," the producer of Taarak Meha Ka Ooltah Chasma Asit Kumarr Modi told mid-day about actor Kavi Kumar Azad, who died of a cardiac arrest on Monday. Kavi Kumar Azad played Dr Hansraj Hathi in Taarak Mehta Ka Ooltah Chashmah. In the morning, he had called Mr Modi and said that he wasn't well and hence, won't be able to come for shoot. "After his health scare in 2009, he promised to take better care of himself. He was not married and considered the Taarak Mehta team as family. Often, he would bring home-cooked food for the entire team. He would tell me, 'When I come to the set, the people here make me forget all my troubles'. It is heart-breaking to see him go so young," Asit Kumarr Modi told mid-day.

Kavi Kumar Azad was rushed to a Mumbai hospital in the morning, after he complained of discomfort. He was associated with Taarak Meha Ka Ooltah Chasma for nine years.

Ambika Ranjankumar, who played his wife in the show, told mid-day, "He was a happy-go-lucky person on set. He has left behind so many fond memories."

Mr Azad's co-star Mandar Chandwadhkar, who played Bhide, said that he was 'passionate about acting and food.' He had also added that the late star had also changed his lifestyle after the health scare. "Whenever he came on set, the first thing he'd ask was, 'Khane mein kya hai?' before even saying good morning. He was a gem of a person, who cared for everyone, including the spot boys," Mandar Chandwadhkar told mid-day, adding, "Azad had lost weight. Last year, he promised to come home for Ganpati. I am going to miss him."

Promoted
Listen to the latest songs, only on JioSaavn.com
Kavi Kumar Azad was reportedly 45. His last rites were performed in Mumbai on Tuesday afternoon.

Apart from working in TV shows, Kavi Kumar Azad had also featured in films like Mela and Funtoosh.