Salman Khan, Priyanka Chopra Is A 'Desi Girl Forever.' Seen Her Reply To Your Bharat Disclaimer? 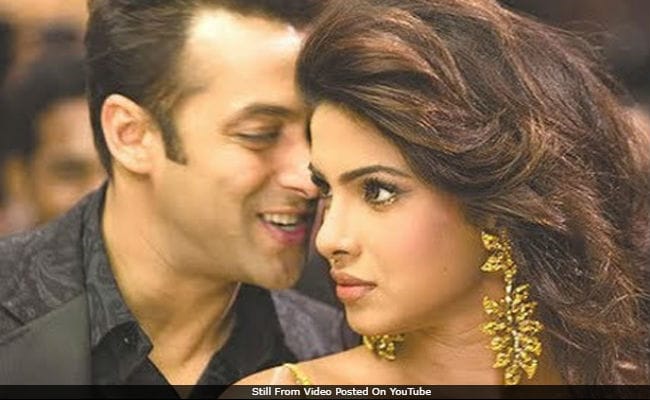 New Delhi: Salman Khan and Priyanka Chopra are all set to co-star together in Ali Abbas Zafar's Bharat. Salman welcomed Priyanka on board with a tweet that had a hilarious disclaimer for the actress, whom we've all but lost to Hollywood. But Priyanka, a 'desi girl forever,' is very happy to be a part of team Bharat. "Bharat welcomes you back home, Priyanka Chopra. See you soon. By the way, humari film Hindi hai," Salman tweeted, adding a wink emoticon. (ROFL). However, Priyanka's reply is just winning the Internet, you'll agree too. "UP-Bareilly ki pali badi hun, janaab. Desi girl forever. Very happy to be a part of Bharat and see all of u on set," she tweeted.

UP Bareilly .... #DesiGirl forever.
Very happy to be a part of #Bharat and see all of u on set!!@beingsalmankhan@atulreellife@aliabbaszafar#Eid2019https://t.co/pH5Iz7yy1Q

Priyanka Chopra's last Hindi film was Jai Gangaajal, which released in 2016. She's a busy star in the West and debuted in Hollywood last year with Baywatch and much before that, she starred in the American TV show Quantico. Priyanka has two other Hollywood films in the line-up and the third season of Quantico begins this month.

Hope you're ready for me @aliabbaszafar let's do this.. Again! https://t.co/YMIjg6cRAj

Of Bharat, Priyanka told news agency PTI, "I'm looking forward to begin shooting this film and working with Salman and Ali again after a considerable time. I've learnt a lot from them in our previous collaborations and am excited to see what this one has to offer."

Promoted
Listen to the latest songs, only on JioSaavn.com
Salman has already started filming Bharat.

Like other films of Salman Khan, Bharat hits the screens on Eid. It is slated for a Eid 2019 release.