"Sush, How Nice You Looking": Salman Khan's Shout Out To Sushmita Sen's Aarya 2

The second season released on December 10 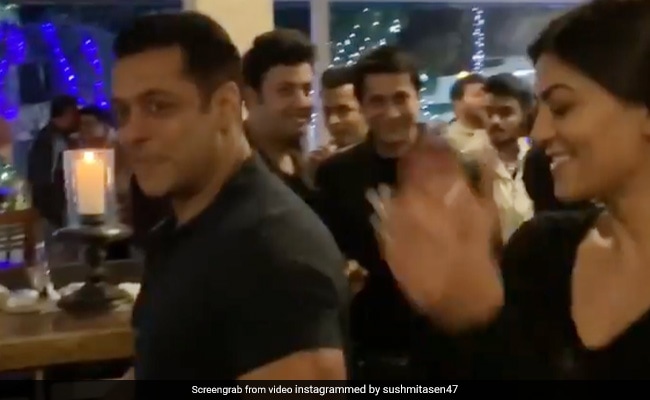 Sushmita Sen and Salman in a throwback. (courtesy: sushmitasen47)

Sushmita Sen is back with the second season of Aarya. And, fans can't stop gushing over the series. Well, it's not just fans but Bollywood celebrities too who are all in praise for the diva. Applauding Sushmita Sen's looks in the Ram Madhvani series, Salman Khan shared a photo of Aarya 2's poster on Instagram. The pic was clicked from a roadside billboard. Salman captioned the image, "Arrey wah Sush, how nice you looking ya. Totally killing it. So happy for you." And, Sushmita Sen didn't miss this post. The actress replied, “Thank you so much, Jaan Meri. Generous and loving as always.”

Later, Sushmita Sen reshared the post by Salman Khan on her Instagram timeline and wrote, "You are a jaan, Salman Khan. Thank you so much for all the love and generosity." She also added the hashtag "cherished." Sushmita Sen and Salman have worked in a number of films including Biwi No 1 and Maine Pyaar Kyun Kiya.

Earlier, Sushmita Sen had opened up about her experience during Aarya shoot. Giving her cast and crew a shout out, Sushmita also revealed what she thought about the poster of Aarya 2. During an Instagram live session, the actress said, "I thought to myself that I have always felt a deep connect with Aarya as a character but always seen Sush in her. But that poster is Aarya, just completely Aarya."

Sushmita Sen  added, "I have my fingers crossed that all of that effort and mehnat and love that we have put into Aarya season 2 reaches you in your living rooms, binge-watching it and snacking on something super fun and unhealthy." Here's the video:

Sushmita Sen recently went through a makeover. But that's not all. The 46-year-old also underwent surgery about which she hasn't disclosed much. On her birthday last month, the actress revealed to her fans that she was "fine" and healing.

So what are your thoughts on Aarya 2?