Salman Khan: Once Sanjay Dutt is Out, I'll Party With Him 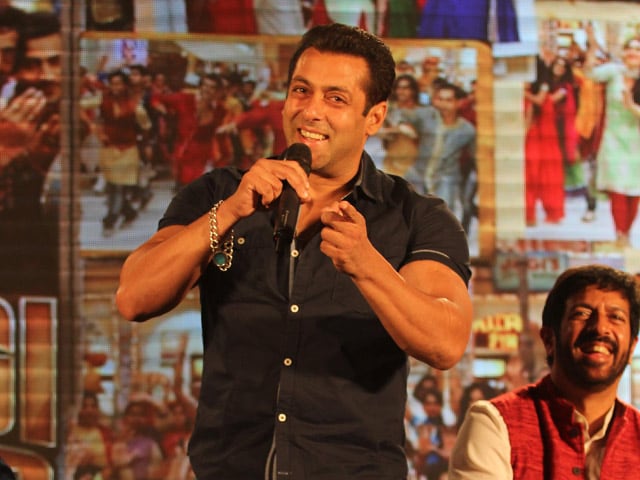 Salman at an event in Mumbai.

If you've got plans this Eid, Salman Khan suggests you cancel them because the party is on him. At the song (Aaj Ki Party) launch for Bajrangi Bhaijaan, Salman looked relaxed and in the mood to party.

So not surprisingly, Salman wasn't too thrilled when some questions threatened to be party poopers. He was asked if he was excited that his friend, actor Sanjay Dutt would be soon out of jail. Salman staying with the theme of the evening said, "He's going to be clean, clear and a free man. Once he's out then I'll party with him. But if he comes out in between then no way." (Also Read: Bajrangi Bhaijaan's Party a la Salman Khan Style )

Salman in the meantime is in the mood to celebrate love once again. He recently made a remark that made him sound open to the idea of an arranged marriage to which Salman replied in his trademark style, "Arranged marriage cancelled. Love is back on."(Also Read: Marriage is Cancelled Now, Love is Back, Says Salman Khan)